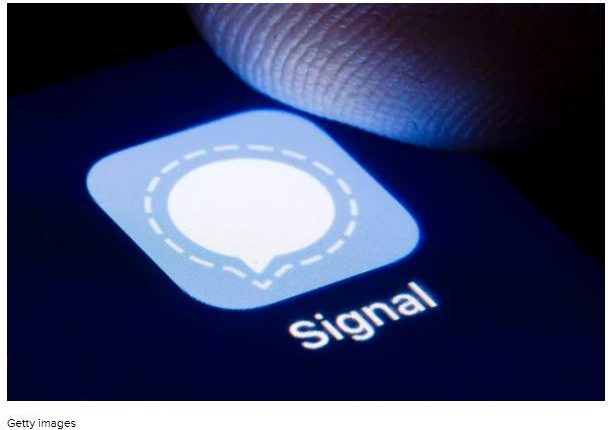 The Signal app was downloaded almost 1.3 million times on Monday, according to data from Apptopia, a tracking firm. The encrypted-messaging app had been downloaded an average of 50,000 times a day prior to Musk’s tweet. The New York Times earlier reported the Apptopia data.

A Signal spokesperson said the report undercounted the number of downloads the service is experiencing.

“Right now I can say that all those app-analytics firms severely under report numbers from Signal because we don’t have any trackers or analytics like other apps,” the spokesman said. He said the company doesn’t share its numbers publicly.

The surge in downloads comes as skepticism over Big Tech rises in the US and other countries. Many users are concerned Big Tech platforms censor their voices, a worry that was exacerbated after Facebook, Twitter and YouTube blocked President Donald Trump‘s use of their platforms after last week’s deadly riot at the US Capitol building. Many users are skeptical of being tracked, after Facebook-owned WhatsApp changed its policies on Jan. 4.

Neither Apple nor Google immediately responded to requests for comment. On Thursday, Signal topped App Annie’s list of free iOS downloads as well as the Play Store’s chart of free apps.

How it started vs how it’s going 😅 pic.twitter.com/ERiFpZUz6c

Signal’s lead in India comes as California-based WhatsApp faces its first legal challenge in Indian courts over privacy concerns. With 400 million users, India is WhatsApp’s largest market, according to a Thursday report from Reuters.

Telegram didn’t immediately respond to a request for comment.