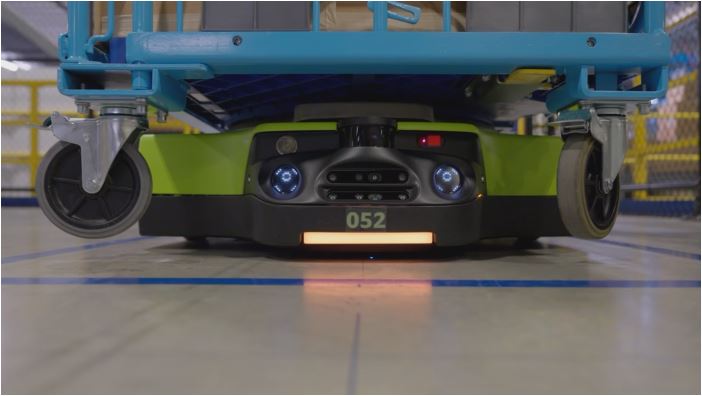 Amazon will show off four new pieces of robotics technology, including fully autonomous robots and high-tech scanners, at its re:MARS event in Las Vegas. The new technology comes ten years after Amazon’s purchase of Kiva, which set up an arms race among retailers to deliver products ever faster and more efficiently with help from automation.

In addition to the autonomous robot and scanners, the technology that Amazon is showing off includes a robotic workcell for movement of heavy packages and a containerized storage system. The latter is currently being beta-tested in Texas, while the others are in early-stage alpha tests.

“This is the real stuff,” Tye Brady, Amazon Robotics’ chief technologist, told Forbes in advance of his speech at re:MARS. “There’s a big difference between doing something in a lab or something you show on YouTube and something that we will deploy in our fulfillment centers.”

Given the scale of Amazon, which reported $470 billion in revenue last year, any new technology needs to work thousands of times each day, with reliability, efficiency and safety. All of the new logistics technology was developed internally by Amazon’s robotics group.

The fully autonomous robot, called Proteus, is Amazon’s first. The squat green-and-black robot can autonomously navigate Amazon’s warehouses and lift GoCarts to move them to the outbound dock, arranging them with help from machine learning to set the packages up to be loaded in the right order.

While most autonomous robots will freeze up when they see groups of people, Brady says, Proteus will be able to work around them. “It will very slowly make its way through that crowd of people, very slowly, very intentionally,” he says. “The machine learning is so novel we have shared it with Lab126,” Amazon’s research and development team for high-profile consumer electronic devices.

The workcell for heavy packages, known as Cardinal, meanwhile, uses artificial intelligence and computer vision to select a package from a pile, lift it and place it in a cart, allowing package sorting to happen earlier and reducing the risk of injuries. Amazon is currently testing the Cardinal robotic arm for handling of packages that weigh up to 50 pounds.

That technology is an extension of an existing robotic arm, known as Robin, that has been in the field for about a year, Brady says. “That has given us the confidence that we can pick up heavy packages with these robotic arms,” he says.

The high-tech scanning system, meanwhile, uses artificial intelligence and cameras running 120 frames per second to automatically scan packages as warehouse workers move then. It operates in the background, effectively eliminating the need for workers to use hand-held scanners to log in bar codes as packages move toward their destination.

Finally, the containerized storage system changes the way that items move, putting containers in larger pods that can move through the fulfillment center. The larger pods can carry more goods, about 2,000 pounds worth, versus 1,200 pounds in its existing yellow pods. Software determines which pod has the container with the needed product, where that container is located in the pod and how to grab and pull it to the employee.

Over the past decade, Amazon says that it has deployed more than 520,000 robotic drive units, and added more than one million jobs worldwide. The company has invested hundreds of millions of dollars in the development of new robotics over that time period, but declined to provide a more specific number. “I like to think we play a pretty large part in the growth of Amazon,” Brady says. As the group continues to develop new technology in what he views as a golden age for robotics, “what’s not going to change is our customer obsession,” he says.

In addition to its own robotics group, Amazon earlier this year set up a $1 billion industrial innovation fund to invest in supply chain, fulfillment and logistics. The startups that Amazon is backing include Modjoul, a wearable safety tech company started by the former head of claims at insurance giant AIG, and Israel-based BionicHive, which developed an autonomous robot called Squid that can move along shelf racks in three dimensions.

While critics of automation have pointed to the potential for technology to replace workers, Brady stresses that the retail giant’s machines and people are meant to work together. “Replacing people with machines is just a fallacy,” he says. “You’ll probably end up out of business if you have this replacement philosophy.”

Amazon boomed during the pandemic as consumers ordered ever-more goods online. But as consumers have begun to pull back from online spending, Amazon has begun to scale back the expansion of its enormous warehouse network.

The company reported a loss of $3.8 billion in its first quarter. “Today, as we’re no longer chasing physical or staffing capacity, our teams are squarely focused on improving productivity and cost efficiency throughout our fulfillment network,” Amazon CEO Andy Jassy said in a statement at the time.