Skip to content
Home  /  Reviews  /  Android 12 cheat sheet: Everything you need to know 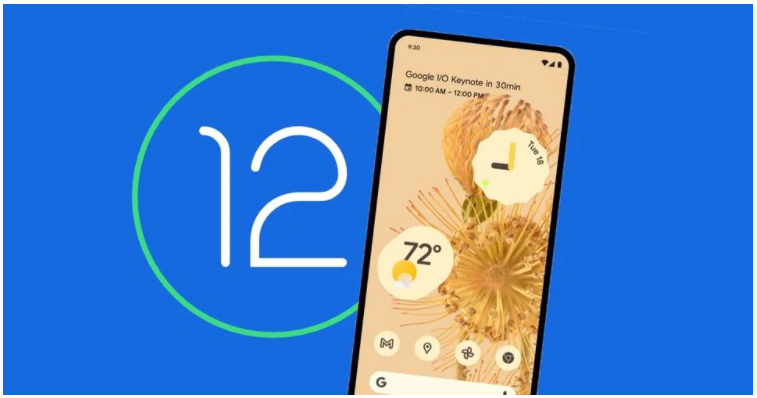 Android 12 improves the user experience from Android 11 and adds exciting features to the platform. Here’s what developers, businesses and users need to know about Google’s Android 12.

The Android operating system has come a very long way from its humble and awkward beginnings. Instead of the mobile platform being an underdog, unprepared to serve power users and those who need a mobile device designed for business, Android is now perfectly adept at handling everything you throw at it and be the most personal Google OS ever.

There are areas where the platform could use some polish–that’s where Android 12 comes into play. The latest iteration of Google’s mobile operating system brings new features and tweaks to various elements, as well as improvements to privacy and even haptic feedback.

Let’s find out what’s new to Android 12 and what features might have you champing at the bit to upgrade your current version of the operating system. Read this Android 12 cheat sheet to get up to speed on Google’s latest OS. We’ll update this resource periodically when there is new information about Android 12.

Android 12 is the latest release of Google’s mobile operating system, and it is seamlessly integrated with Google’s app ecosystem. That means, out of the box, Android pairs perfectly with the likes of Gmail, Google Docs, Google Calendar, Google Photos and just about any of the apps offered within Google Workspaces, for business users.

Android also happens to be the most widely-used mobile operating system on the planet, with over 83% of global smartphones shipped with Android (to date) in 2021.

As with the later releases of Android, Google has done away with the pastry nomenclature, and opted for a simple numerical naming convention–hence, Android 12.

What new features come with Android 12?

As far as new features coming to Android 12, everything listed here is based on the developer preview and announcements from Google I/O 2021.

The second beta release is out for Android 12 and there are a few very important features to have been added into the mix. Those features include:

With the second release of the Android 12 Developer Preview on March 17, 2021, there are a few new features that have been added, such as:

On May 18, 2021, during the Google I/O keynote, the following features were announced:

One of most anticipated features coming to Android 12 is AVIF image support. This new image format will greatly improve the compression of images without compromising the quality of the images. That means larger images files can be transmitted, using less bandwidth. This isn’t just a boon for users who like to consume images throughout the day, it also means developers can integrate even more visual elements into their apps, without causing bottlenecks, buffering, or data consumption issues. This new format uses the open source video codec AV1 which was first introduced in Android 10.

Google is adding a new transcoding layer to Android 12 that will make it possible for apps that don’t currently support the High Efficiency Video Coding (HEVC) video compression standard to take advantage of this much-improved video compression. This new standard is the successor to the widely-used Advanced Video Coding compression format and offers 25-50% better data compression at the same video quality level.

Like the addition of AVIF image support, HEVC will make it possible for developers to deliver more video while using less bandwidth.

This compatibility layer, however, should only be considered a stop-gap for developers. Google is urging all developers to include HEVC support in their apps.

Android developers are working to make it possible for users to safely install apps from third-party app stores, with some assurances that by doing so, their device security won’t be compromised.

How the developers plan on pulling this off is unknown, as of this moment. The why, however, has been made clear. Google is planning this change as a result of recent concerns surrounding Android app development and the difficulties found with in-app payment systems for businesses that have been forced to move online, due to COVID-19.

This next new feature will have a significant impact on Android battery life. App Hibernation will effectively hibernate all apps that aren’t currently in use. This means only those apps in use will drain your device battery. This feature will also clear your app cache automatically.

Android Split Screen already allows you to use two apps at once, but with Android 12, a new feature, called App Pairs, will allow users to open two apps that are commonly used together simultaneously. This feature will group two apps together as one single “task.”

With App Pairs, users will be able to pick two recently opened apps and make them a pair. Once those apps are paired, users can then easily switch between a single app and a pair.

The developers are also bringing a new theming system to Android 12. This system will allow users to select a main and accent color for apps, or allow them to have their system theme be based on their current wallpaper.

Android 12 will bring double-tap actions to supported devices (at the moment, that is limited to Google Pixel phones). With this feature, you can configure actions for when you double-tap the back of your phone. Currently supported actions include:

Until now, using a larger device with one hand poses a challenge, especially for those with smaller digits. Android 12 will bring about a new One-Handed Mode. This new feature is similar to iPhone’s Reachability feature. When this is enabled, it’ll migrate the interface to the middle of your display, putting everything within reach.

Another more one-handed friendly feature is called Silky Home, which migrates most enable/disable toggles to the center of the screen.

What enhancements are in Android 12?

Now we’ll take a look at some of the enhancements of previous features that are coming to Android 12.

Back in Android 10, Google made it quite easy to share a Wi-Fi connection, using a QR code. That’s all fine and good, when a user is standing next to you so they can quickly scan the code. With Android 12, the developers are going to take advantage of Nearby Share, so users can send Wi-Fi configuration (SSID/password) via Bluetooth to nearby devices so a recipient only has to be within Bluetooth range.

The one caveat to this is that Bluetooth packets are fairly easy to intercept. Hopefully Google will find a way to encrypt Wi-Fi information that is shared via this method.

The Google developers are planning to make the Android Runtime a Mainline module in Android 12. What this does is allow Google to deliver more operating system component updates via the Google Play Store. This will have two effects:

Anyone that has experienced a lengthy security patch update will appreciate the importance of this improvement.

Android 12 will bring to the screenshot tool the ability to add text, Emoji and stickers, without having to rely on a third-party tool.

The UI has been completely overhauled, every bit inspired by Material You. Google Pixel devices will use Color Extraction which means the system will create a custom palette based on photos used as wallpaper. Every Android interface will be one-of-a-kind.

New Material Design ability such that form could follow feeling with the ability to create personal design palettes that respond in real-time. Apps will adapt comfortably and give users transformative control. Material You is a radical new way of theming Android. There’ll be a mode for every mood, and will be able to travel across all of your connected devices.

There are also a few improvements to be found in the Android 12 Developer Preview 2 release, such as:

What security features are in Android 12?

One of the biggest additions to Android’s security will affect the WebView engine that third-party apps use to view online content (outside of the Chrome browser). WebView will be adopting Chrome’s SameSite cookie setting which will mitigate certain types of tracking. Google Assistant will also quickly help you fix compromised passwords.

Android Private Compute Core powers the likes of Android Caption and doesn’t share information with any other app or service.

Another new security feature is Privacy toggles, which will allow users to quickly turn off access to their device microphone and/or camera. These toggles will be available within the Quick Settings menu in the notification shade. The toggles will read Block Camera and Mute Microphone.

Locked photos allow users to password protect specific folders in Photos. This will first arrive on Google Pixel devices and will later roll out to other supported devices.

How can developers start using Android 12?

On February 18, 2021, Google released the developer preview of Android 12. That release is aimed specifically at developers, so Google made sure the apps are compatible with the new OS and features.

To get started, developers will need to flash a device system image to one of the following Google Pixel devices:

When will Android 12 be released?