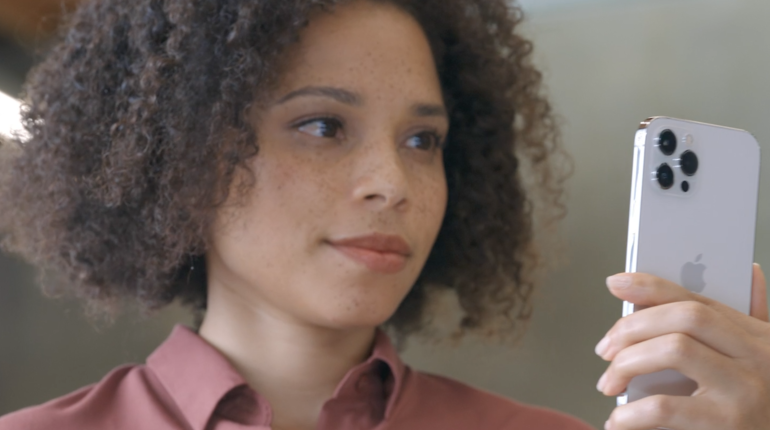 Although Apple’s latest generation of iPhones are much faster, they still fail to beat competitors. It hasn’t put off loyal customers.

Most of the major smartphone manufacturers have now made the jump to 5G – and mobile analytics company OpenSignal has set out to discover to what extent the switch is actually making devices faster.

Comparing the five leading smartphone companies that are shipping 5G-enabled devices – Google, Apple, LG, OnePlus and Samsung – OpenSignal found that a race to make handsets faster is effectively on and is set to further accelerate in 2021.

To understand how users are impacted by 5G capabilities, OpenSignal’s researchers looked at average download speeds in 5G areas for owners of different smartphone brands, and compared them to average 4G download speeds for those brands. Across the five device manufacturers that were studied, notably faster speeds were consistently found – with some speed boosts more striking than the others.

Apple 5G smartphone users benefitted from the greatest jump, with overall download speeds in 5G areas at 44.5 Mbps; that is, 2.3 times faster than the iPhone users’ 4G download speeds, which stand at 18.9 Mpbs. In comparison, Samsung’s 5G users saw speeds jump by 1.6 times, while Google and OnePlus took the bottom spot, with a 1.4-fold increase.

OpenSignal’s expectations for the performance of Apple’s 5G devices were high. The analytics company had previously anticipated that, with almost half of Americans using the iPhone, the new device’s capabilities would raise the average mobile network experience of the US significantly.

At the time, OpenSignal’s researchers predicted that Apple’s 5G iPhones would be up to 1.9 times faster than 4G devices. With this kind of boost, said the analysts, 5G iPhone owners would see a bigger generational leap in mobile network experience than the iPhone has had for at least eight years.

Since the 2012 iPhone 5 marked the jump from 3G to 4G, in effect, owners with newer iPhones have seen very small increases in speed, compared to older models. Apple’s 2.3 times faster 5G iPhones, therefore, mark a significant milestone for the Cupertino giant’s userbase.

According to OpenSignal, the latest generation of iPhones’ speed boost can be attributed to a number of technical improvements. For one, Apple has included mmWave technology in all four iPhone 12 models in the US, including the space-limited iPhone 12 Mini, which enables significantly faster 5G performance.

mmWave refers to a specific part of the radio frequency spectrum, which requires specific antennas that have to be accommodated into the design of the handset. The form factor has not deterred Apple, which is now leading the deployment of mmWave 5G support as a standard in all of its latest devices.

In addition, where older 4G iPhone models used Intel modems, Apple has now switched to Qualcomm chips for its 5G lineup. “The Apple iPhone experience may jump by a greater multiplier than other brands in the shift to 5G because while other brands tend to use the same modem supplier for both their 4G and 5G smartphones in the U.S., Apple is making a switch in modem supplier as well as mobile network generation,” said OpenSignal.

In fact, Apple’s impressive jump in device speed is also a reflection of it’s lower average 4G download speeds for iPhones – standing at less than 19 Mbps – which means Apple users experience speeds less than half as fast as Google or OnePlus users, whose 4G download speeds reached over 38 Mbps.

In this context, even more than doubling the speed of 5G-enabled iPhones has not been enough to compete against other smartphone manufacturers. The average download speeds in 5G areas for Apple users, at 44.5 Mbps, remain far behind the fastest brand, Samsung, which sees average speeds reaching 54 Mbps.

In other words, in areas where 5G is available, Apple users see download speeds that are slower than Samsung. Apple’s 5G-enabled iPhones also show slower average speeds than LG, Google, and OnePlus.

Despite the numbers on speed performance, the Cupertino giant is far from falling behind on sales. The last quarter of 2020 saw Apple secure the top spot for global smartphone sales report, with 80 million shipments driven largely by the launch of the 5G iPhone 12.

For Paolo Pescatore, analyst at PP Foresight, the success of the iPhone 12 line-up shows that speed is not yet a key factor in customers’ decision to purchase a device. “Numerous challenges still remain in articulating the merits of 5G to users. While the technology remains in its infancy, the speed improvements are not noticeable for everyday tasks like browsing web pages, chatting to friends, watching video clips,” he tells ZDNet.

“It is apparent that speed is not one of the key criteria in users’ decision-making process when buying a smartphone. Ultimately it is still about experiences and having a robust, reliable connection as well as brand,” he continues.

The dynamic is likely to change as device manufacturers focus on tweaking their products to provide better mobile services, and customers grow accustomed to next-generation speeds. Samsung, which is already closely tailing Apple in smartphone sales, will be closely watched by analysts: the South Korean company’s devices make up 60% of the top 25 smartphone models, with the fastest overall download speed in the US.

“It promises to be an exciting year. The iPhone 12 has provided a much-needed boost to 5G adoption. We are now seeing an avalanche of new device launches as 5G represents a once in a lifetime opportunity to lure users,” says Pescatore.

OpenSignal pointed to the potential for foldable devices to compete, with a number of handsets – such as the Motorola Razr 6G or Samsung Galaxy Z Flip 5G – already showing that a more complicated design does not come in the way of faster speeds. The analysts also expect Apple to bring speed boosts to the iPad Pro, which will let users see speeds at least as fast as iPhone 12 users.