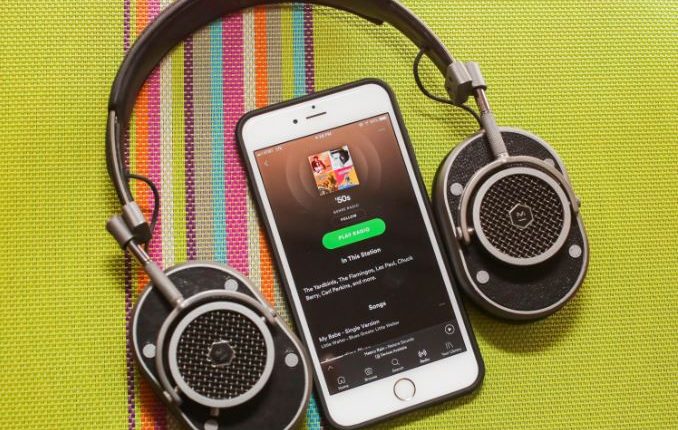 We compare the biggest on-demand music streaming services to find the best one for you.

Sure, vinyl may be making a resurgence among audiophiles. But streaming still has a lock on the future of music listening. Streaming music is cheap or even free (in the case of Pandora and Spotify) and outpaces any physical format when it comes to ease and convenience. In some cases, these subscription services sound better than, or at least indistinguishable from, a CD. So if you’re concerned about sound quality, there’s no need to worry.

We’ve checked out the leading on-demand music streaming apps and options — services like Spotify, Pandora, Apple Music and Tidal — as well as Amazon Music Unlimited and Google Play Music to see how each platform stacks up for your subscription buck. While most leading services boast music catalogs of over 40 million songs, each has their own unique pros and cons for a potential subscriber to consider. We’ve purposefully left out services that only play music in a radio format. All offer some type of family plan, allowing you to share your service with others for a fee, and mobile device offline listening, though not all are available on your desktop.

Our top choice: Spotify is the best for most people

Let’s cut to the chase. While it’s a close race between Spotify and Apple Music, Spotifywins our subscription vote with a fun, easy-to-use interface, an extensive catalog and the best device compatibility, making it the best music streaming service all-around. Spotify’s free tier had some recent improvements, which means it’s also the best no-cost option (three cheers for not having to pull out your credit card!).

Apple Musicis a close second when it comes to the best music streaming service, however, in part because it’s the only one of the “big four” with a digital locker to store your own library of songs. And if you own an Apple HomePod ($299 at Apple), you will need this subscription service if you want to summon music with your voice. It also makes the ideal companion for a new iPod Touch, which, amazingly, is a thing.

In third place is Tidal, which is also worth a look if you are interested in the best audio quality.

Google Play Music and Amazon Music Unlimited are in the game. While they didn’t top our list, they each are worthy options for users with specific needs or requirements. For instance, if having YouTube Red’s ad-free service is important to you, Google Play Music is thrown in for free. And Amazon offers a discounted Echo-only version of its service, which may tip the scales if you already have an Alexa-heavy household and want a music app with a full library at your fingertips.

While Pandora’s free service is excellent, its on-demand service still lags behind the others in catalog breadth when it comes to songs and albums.

It’s also worth mentioning Qobuz, a streaming platform which launched in the US in February 2019. It’s still too early to call, but at first blush this Tidal competitor offers a clean interface, hi-res audio streams and the ability to buy lossless music. Those who want to give Qobuz a listen should note, however, that its catalog isn’t quite at the level of Tidal or Spotify.

And remember: These plans all offer free trial periods, and the default sign-ups are “no-contract” options. So you’re largely free to come and go as you please. Don’t be afraid to try the waters of a rival service if you’re not completely satisfied.

So here’s what we think of the the top six music-streaming services, presented in alphabetical order. It’s worth noting that all of these services will work on the major platforms: Android, iOS, PC and Mac.

Spotify is the pioneer in the music-streaming space, and it’s arguably the best known. It offers a number of different curated music discovery services including its Discover Weekly playlist and is constantly experimenting with new ones, such as the Australia-only Stations. The service’s (now optional) Facebook integration makes sharing music on Spotify easier than competitors. Spotify offers the ability to send a track or album, collaborate on playlists with friends or peek at what your Facebook friends are listening to.

Best for: People who want a solid all-around service, and especially for people who love to make, browse and share playlists for any scenario.

While it suffered from teething problems at the beginning, Apple Music has grown to become one of the most popular streaming services. It offers plenty of features and a wealth of discount options for families and students. There’s also ton of curated playlists, many hand-crafted by musicians and tastemakers, but it still lacks the robust sharing options built into Spotify.

While it suffered from teething problems at the beginning, Apple Music has grown to become one of the most popular streaming services. It offers plenty of features and a wealth of discount options for families and students. There’s also ton of curated playlists, many hand-crafted by musicians and tastemakers, but it still lacks the robust sharing options built into Spotify.

Best for: Those who want to listen to albums and songs they’ve added to iTunes or use an Apple HomePod.

Owned by hip-hop mogul Jay Z, Tidal is the only “major” streaming music service that offers lossless audio streaming with sound quality that is virtually identical to — or better than — CD. Tidal has offered exclusive content in the past from its superstar co-owners — Beyonce’s album “Lemonade” or Kanye West’s “The Life of Pablo” — but this trend has thankfully subsided.  However, sometimes albums are inexplicably missing and these include every Metallica album (Spotify exclusive) or Boards of Canada’s seminal Music Has The Right To Children. If you’re an audiophile, a fan of R&B or hip-hop, or a mix of both, then Tidal might appeal to you.

Though it’s soon to be replaced by YouTube Music, Google Play Music works as a streaming-music service and a music locker. It allows you to store and stream your entire music library (up to 50,000 songs), as well as stream any of the 30 million songs in its catalog. Instead of playlists, well-curated radio stations are the standout feature of Play Music. Unlike playlists, which are finite and contain specific tracks, radio stations play endlessly and are updated often.

Best for: Google fans who want to blend the music they’ve purchased with streaming selections.

Amazon Music Unlimited is the “grown-up” version of Amazon Prime Music that Prime subscribers get for “free.” It offers a greatly expanded catalog for an extra outlay per month. Rather than focusing on the cutting edge of music as some others here do, the Amazon music service features recommended playlists and radio stations that are grouped around artists you’ve already listened to.

Best for: Amazon Prime members who want to save a few bucks on a decent music catalog.

Now a fully fledged streaming service with the addition of the a la carte Premium and no-ads Plus tiers, Pandora also offers one of the most popular radio services in the US. As a result, the company offers more flexibility than most competitors and is gaining in subscribers, even if it is behind in terms of overall catalog size.

Best for: Pandora Premium is of most interest to existing Pandora users who want to be able to pick exactly what they listen to, but almost no one else.

What else do you need to know?

This guide covers on-demand music streaming services, and for that reason, we’ve purposefully left out services that only play music in a radio format. Until last year this list excluded Pandora, but now that the company also offers a Premium tier, it’s included here. Slacker Radio, TuneIn and iHeartRadio, meanwhile, are services that play music stations based around a theme or artist, without you explicitly picking tracks.

Music lockers: Your MP3s in the cloud

Amazon was one of the first services to offer uploading your MP3 collection into the cloud, but this was officially discontinued in 2018. Meanwhile, the Apple and Google services listed above still allow you to combine your personal music collection with the streaming catalog, so if you’ve invested money in digital music over the years, that money isn’t wasted. Those so-called “music lockers” are available independently of the subscription services below, but also work in concert with them for subscribers of both.

The number of songs offered by a music service used to be one of the main differentiators, but most now offer 30 million songs or more. However, depending on your favored genre, some of them have a more robust catalog that include many under-the-radar, indie or hip-hop artists. If you’re musically inclined, constantly on the hunt for your favorite new band, a streaming service like Spotify or Tidal may be more up your alley. Users who are less ambitious about expanding their musical taste will be satisfied with the smaller catalogs Amazon Music Unlimited and Google Play Music offer. Apple Music is somewhere in the middle, offering a healthy mix of mainstream tunes and underground unknowns.

Originally published several years ago, this list is regularly updated.