Skip to content
Home  /  Business  /  Big Tech targeted in proposed antitrust bills, aiming to break up the likes of Amazon and Google 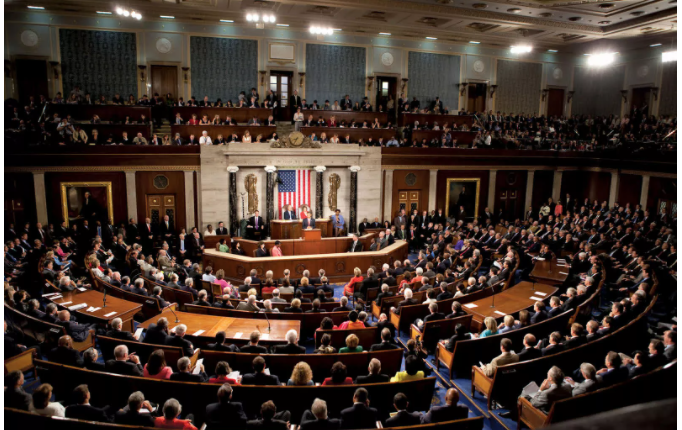 If the bills are passed, the tech industry as we know it could undergo huge change

Why it matters: House lawmakers introduced new antitrust bills on Friday which could change the tech industry as we know it. The bills address anticompetitive practice and – if passed – could have huge ramifications for the dealings of Apple, Google, Facebook, and Amazon.

Collectively called “A Stronger Online Economy: Opportunity, Innovation, and Choice,” the proposed bills were introduced following over a year of investigation into the competitive practices of Big Tech companies.

Representative David Cicilline, a Rhode Island Democrat, led the investigation. He said: “Unregulated tech monopolies have too much power over our economy. Our agenda will level the playing field and ensure the wealthiest, most powerful tech monopolies play by the same rules as the rest of us.”

This agenda initially consists of five proposed bills, each of which target anticompetitive digital practice in a different way. One bill would prohibit companies from giving their own services and products preference over those of their rivals – like how Google boosts its own products in search results, or Apple does it on the App Store.

Another would allow the Justice Department or the Federal Trade Commission to force big companies, like Amazon, to break off parts of their business that could create a conflict of interest, like Amazon Basics.

A further bill would block large companies from buying up smaller competitors, in the way Facebook did with Instagram back in 2012.

Although the investigation into Big Tech was a bipartisan effort, it’s worth noting that Democrats and Republicans currently seem to disagree on the solution to some of the problems they uncovered. It’s also unclear how many members support each of the new bills – although at least one Democrat and one Republican had signed on to each of the new measures by the end of play on Friday.

What is clear is that the proposed changes could reshape the tech industry and change the way its biggest actors operate. It’ll be interesting to see how this one plays out.