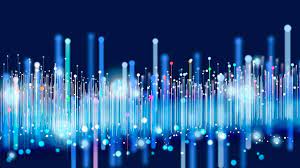 Southeast Asia’s digital economy is projected to reach $200 billion in gross merchandise value this year, but market players will need to understand consumer behaviour to sustain growth as adoption of online services matures across the region.

Southeast Asia’s digital economy is expected to reach $200 billion in gross merchandise value (GMV) this year, ahead of earlier estimates as the global pandemic spurs demand for online services. Market players, however, will need to leverage data to better understand consumer behaviour in order to sustain growth, as adoption of digital services matures across the region.

Some 460 million internet users currently reside across six Southeast Asian markets, of whom 100 million came online in the past three years, according to this year’s e-Conomy SEA report jointly released by Google, Temasek, and Bain & Company. The six nations–Singapore, Thailand, Vietnam, Malaysia, Indonesia, and the Philippines–have a total population of more than 600 million.

Despite global headwinds including disrupted supply chains, geopolitical tensions, and inflation, the Southeast Asian digital economy was on track to hit $200 billion in GMV this year, three years ahead of projections made in the report’s inaugural release in 2016.

The e-commerce sector continued to lead the pack in terms of growth, which was projected to hit 16% in GMV even as offline shopping resumed in parts post-pandemic. Urban affluent users and young digital natives were the heaviest adopters of digital services, accounting for 98% and 92% of e-commerce users, respectively.

The report noted that market players, though, were shifting priorities from customer acquisition to focus on establishing deeper engagement with existing customers, with the aim to drive value, loyalty, and frequency.

This will prove critical as adoption of digital services matures and growth trajectories slow. Growth rates of new internet users, for instance, had clocked at 11% in 2020 and 10% in 2021. It is expected to slow further to 4% this year, with 20 million users coming online for the first time.

She noted that after years of accelerated growth, digital adoption was normalising. E-commerce, for instance, was nearing full adoption amongst digital users in the region’s urban areas, while adoption of groceries as well as on-demand video and music services was minimal as consumers returned to their pre-pandemic habits.

Davis outlined key enablers that would help sustain digital growth in Southeast Asia, pointing to the need for digital inclusion and for market players to establish a path to profitability.

She added that a sound data infrastructure and regulatory framework would be crucial to underpin the entire ecosystem, in particular, to support local small and midsize businesses (SMBs) as they expand across the region. Seamless cross-border data flow and transactions, for example, will be essential.

Asked how Google balanced growing data security and privacy concerns as businesses looked to gather more data to better understand consumer behaviour, she said the focus should not be on increasing the amount of data to collect, but on on how existing data could be better used.

This, she said, could be achieved through collaboration with third-party providers.

Davis, though, called for governments to reassess data sovereignty rules. Noting that data security could be built into a global infrastructure, she said this meant that storing information on local servers was not necessarily the safer option.

Increasing data sovereignty requirements also made cross-border transactions more complex. She urged for governments to adopt a fairer approach and for more consistency in the region’s data regulatory landscape.

To further unlock Southeast Asia’s digital economy potential, there also should be efforts to bring in suburban and lower income users.

E-commerce adoption, for example, had spread to suburban consumers while remaining sectors such as food delivery and on-demand music services remained primarily urban practices. With adoption in these segment still nascent, there is headroom for growth.

in the urban areas, where affluent consumers and young digital native users represented the largest portion of the digital economy, opportunity for growth would come from deeper engagement, said Bain & Company’s Asia-Pacific partner and head of digital practice, Florian Hoppe.

This could come in the form of more frequent and valuable orders, subscriptions, or cross-selling services such as consumer lending. Adoption and spend by urban consumers “on a budget” and suburban consumers remained lower, he said, noting market players here would have to figure out more economically sustainable ways to serve these customers.

According to this year’s report, the Southeast Asian digital economy is expected to grow twice as fast as overall GDP through to 2030, when it is projected to hit $1 trillion in GMV.

Singapore’s digital economy was forecast to expand 22% to hit $18 billion this year, with further potential to reach $30 billion in 2025. The country’s GMV growth would be fuelled by e-commerce, which was the biggest digital sector and expected to reach $11 billion in 2025.

“As a tech hub and regional gateway for funding and talent, Singapore will continue to play a pivotal role in the next phase of growth in Southeast Asia’s digital decade,” said Fock Wai Hoong, Temasek’s Southeast Asia deputy head of technology and consumer. “Singapore’s vibrant ecosystem provides a conducive environment to nurture financial, natural, social and human capital innovations that are crucial in developing a sustainable digital economy.”

Hoppe added: “Singapore’s digital economy will continue its robust growth trajectory owing to its position as a regional hub, amidst Hong Kong headwinds and digitalisation moves including its smart nation initiative and strategic investments in key sectors like digital financial services.”

He noted that competition in the digital finances space would further intensify, with growth to 2025 driven by digitalisation of investments and lending via digital banks and fintechs.