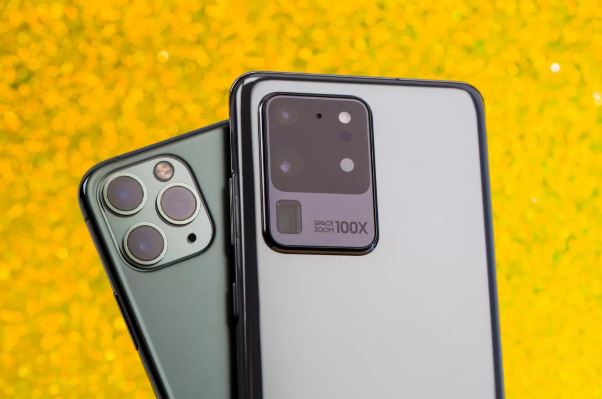 See how Samsung’s most premium Galaxy S20 phone stacks up against its rivals.

The Galaxy S20 Ultra is Samsung’s most premium of the three new Galaxy S20 phones, with hardware that includes monster camera specs, a generously sized 6.9-inch display and a 5,000-mAh battery. Announced today at Samsung Unpacked and available in stores on March 6, the phone also has a high price tag, starting at $1,399.

But the Galaxy S20 Ultra isn’t the only premium phone around. Samsung has its own Note 10 Plus, released last year, that has a 6.8-inch display and an embedded S Pen stylus that allows users to access productivity features baked into the phone. Samsung’s biggest rival, Apple, also released the iPhone 11 Pro Max in September, and it boasts superb video recording skills and facial scanning. And while it doesn’t have as big a screen or as large a battery as the other phones, Google’s Pixel 4 XL is the most affordable of the bunch. It originally launched at $899, though discounts throughout the year have dropped the price from time to time.

For more on how the Galaxy S20 stacks up against its competitors, check out CNET’s spec chart below. And for more information on the other devices Samsung announced, read everything the company announced at Unpacked here.