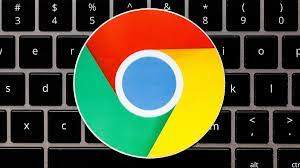 The search giant says the change is part of its push for privacy.

Google on Wednesday said it will stop selling ads based on a person’s individual browsing across websites, a move that could shake up the digital advertising industry as consumers call for more privacy online.

Last year, the search giant said it will phase out third-party cookies, little bits of code that can let advertisers track user history across the web. Once those are gone from Google’s Chrome browser next year, the company made clear that it won’t use or invest in alternative tracking tech that could identify people at an individual level.

“If digital advertising doesn’t evolve to address the growing concerns people have about their privacy and how their personal identity is being used, we risk the future of the free and open web,” David Temkin, a Google product manager focused on privacy, said in a blog post. “People shouldn’t have to accept being tracked across the web in order to get the benefits of relevant advertising.”

The announcement comes as Google’s search and targeted advertising business is under increasing attack by lawmakers as well as state and federal prosecutors. The tech giant faces three major antitrust lawsuits, including a landmark case by the US Department of Justice, and another complaint by a bipartisan coalition of states.

Wednesday’s announcement is part of the search giant’s push toward a “privacy sandbox,” which is designed to let publishers target ads based on people’s interests without infringing on their privacy. The company has touted breakthroughs in AI like “federated learning,” which relies on Google’s systems getting smarter by using raw data on people’s devices, instead of transferring it to the cloud, so Google doesn’t actually see the information, but still learns from it.

Google’s declaration to not use alternative tracking technologies is sure to ruffle others in the ad tech industry who plan to replace third-party cookies with other software that can closely track individuals, like one method that uses people’s email addresses.

“We don’t believe these solutions will meet rising consumer expectations for privacy, nor will they stand up to rapidly evolving regulatory restrictions, and therefore aren’t a sustainable long term investment,” Temkin said.

Still, there are limitations to Google’s update. The changes won’t apply to “first party” data, which companies collect directly from consumers. That includes Google’s own products, like Gmail, YouTube and Chrome. The changes will also only apply to websites and not mobile phones, where consumers are increasingly spending their time.

Over the past few years, the tech industry has been forced to move toward privacy as consumers and lawmakers have raised concerns over abuses of user data. Since December, Apple has required app developers on its iOS platform to provide “nutrition labels” that tell people what personal data their apps are collecting, like financial information, contacts or browsing history. Google, however, hasn’t provided labels for most of its apps.

Another change by Apple, rolling out in the coming months, requires developers to ask people for permission to gather data and track them across apps and websites. The change has riled Facebook, prompting a war of words between CEO Mark Zuckerberg and Apple CEO Tim Cook. Google, meanwhile, is reportedly considering a less “stringent” approach to giving users options about app tracking in its Android operating system.