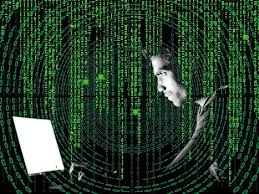 The proposed US ban on TikTok last summer turned people towards VPNs to secure their online activity.

TikTok, the video-sharing social network, drove a lot of interest from consumers last year. It also piqued their interest in Virtual Private Networks (VPNs), according to new research.

The research by Brooklyn, NY-based security advisors Security.org found that interest in VPNs was directly correlated with newsworthy events.

The company measured the amount of web traffic in a day compared to the average web traffic of a week prior to the date and correlated this with significant events during 2020.

VPN technology is used for various reasons. It can be used to create a secure channel to communicate with the workplace protecting sensitive business information, to bypass government restrictions, or to hide activity from Internet Service Providers amongst others.

Almost one in 10 US adult VPN users cite whistleblowing, activism, or bypassing government or organization restrictions as a reason for use of VPN technology.

Security.org’s research showed that interest in VPN technology tends to increase significantly whenever there is a newsworthy event that impacts travel, or internet usage, or impacts working from home environments.

On March 22020, the first deaths due to COVID-19 were reported, leading to an increase in VPN interest of 99 percent compared with average web traffic the week before..

On March 24 2020 when the postponement of the Tokyo 2020 Olympics was announced, there was a 78 percent increase in consumers’ VPN interest.

This was due to people looking to secure their at-home networks for the possibility of stay-at-home orders and working from home due to the pandemic.

On August 13, average consumer interest in VPNs increased by 74 percent when President Trump proposed a ban on TikTok in August 2020. Interest also spiked by 34% on September 20th – the day the TikTok ban was said to start.

When internet censorship is threatened, average consumer interest in VPNs increases, and consumers flock to buy routers – like the GL.iNet Beryl router which has VPN software built in to the router.

A VPN will allow people to access the internet in countries where restrictions are in place. Countries with levels of internet censorship can bypass firewalls to get to otherwise-restricted content.

As restrictions on free content continue to grow, I think that more and more of us will switch to VPN technology. We can then ensure that we have the freedom to access the content we want to and to communicate as if there were no restrictions at all – wherever we happen to live.