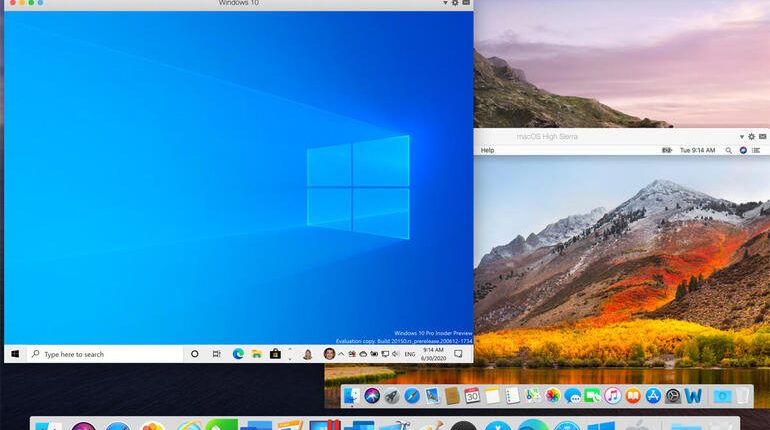 Apple’s upcoming ARM-based silicon Macs apparently won’t support Boot Camp, so you’ll have to use a third-party virtualization program to run Windows 10 on your future Mac.

Running Windows on a Mac computer has traditionally been freely doable through the aid of Boot Camp, a built-in utility that creates a separate partition on your Mac so you can juggle between macOS and Windows (or Linux) on the same machine. The future ARM-based Macs recently announced by Apple won’t be able to support Windows 10 through a Boot Camp scenario. If you plan to run Windows on one of these ARM Macs or any other Mac, Parallels Desktop is an alternative worth considering.

First, the Boot Camp restriction will apply only to ARM-based Macs, irrespective of OS version. If you’re running the latest flavor of macOS, namely Big Sur, on an Intel-based Mac, Boot Camp is still available and usable as always. Second, the great part about Boot Camp is that it’s not only built into macOS, but it’s free. A third-party program such as Parallels Desktop will cost you a few bucks.

The current Parallels Desktop 16 for Mac comes in three editions: Home & Student for $79.99, Pro for $99.99 per year, and Business for $99.99 per year. The standard Home & Student edition offers all the basic features; the Pro and Business versions kick in advanced features suitable for developers and business environments. To try out Parallels Desktop, you can download and run a free 14-day trial.

Parallels Desktop for Mac doesn’t include Windows, but you have a few options. You can buy a copy of Windows 10 through the Parallels Desktop interface. You can always purchase it from Microsoft or another retailer. If you already have a license for Windows 10, you can install it directly from a disc, ISO file, or other supported format.

Windows then goes through its own familiar setup process. After the process concludes, the screen indicates that the installation is complete. Click anywhere on the virtual machine window to continue (Figure B).

You’ll then need to create an account with Parallels or sign in with your existing account if you have one. You can now start tweaking and using Windows. One place to begin is to connect any external devices, such as USB or Bluetooth devices. Click the Devices menu and select the type of device you want to set up. In most cases, you can opt to share the device with both macOS and Windows, so it’s automatically available no matter which OS you load (Figure C).

Next, you can change the view and size of your Windows 10 VM. Click the View menu. Choose Full Screen to fill the entire screen with your Windows 10 environment. To revert back, right-click the Windows 10 icon in the Mac’s Dock, move to View, and then select Exit Full Screen (Figure D).

You can choose from other views as well. Coherence view lets you run Windows and Mac apps without having to move between the two environments. Select Enter Coherence from the View menu. Your Mac apps and Dock are fully available. Right-click on the Parallels Desktop icon on the menu bar at the top, and your Windows 10 Start menu pops up with access to your Windows apps (Figure E).

Here’s one more view. Exit Coherence mode if you haven’t already done so, click the View menu, and select Enter Picture In Picture. Your Windows VM shrinks to a small, resizable thumbnail window that you can tuck away until you need it (Figure F).

Next, you can pause, stop, and resume your Windows 10 VM. Click the Actions menu and choose the command you wish to run (Figure G).