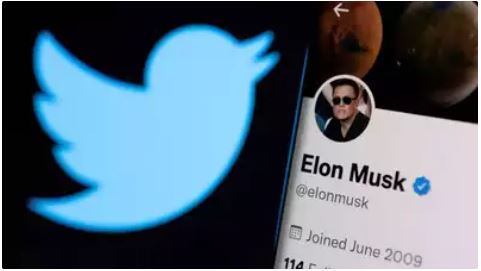 In context: The ongoing saga of whether Elon Musk would become Twitter’s new owner has ended in success for the world’s wealthiest person. After re-examining Musk’s $44 billion bid, Twitter has agreed to be acquired for $54.20 per share in cash. This has taken place merely after a week after Twitter’s board rejected a previous offer and even threatened to use a “poison pill” strategy to make the hostile takeover more difficult.

Musk’s attempt to buy Twitter has been fraught with the sort of controversy that constantly surrounds the Tesla boss. From his initial 9.2% acquisition earlier this month and the lawsuit, to turning down a board seat and making a multi-billion-dollar bid.

It is now all over though. The transaction has now been unanimously approved by Twitter’s board and is expected to close in 2022, subject to customary regulatory approvals.

Elon Musk’s offer of $54.20 per share in cash values the company at approximately $44 billion. At that valuation, the purchase price represents a 38% premium over Twitter’s stock price on April 1, 2022, which was the last trading day before Musk disclosed his ~9% stake in Twitter. Once all is said and done, Twitter will become a privately held company.

It appeared that Twitter was so against Musk taking over that it was preparing to initiate a ‘poison pill‘ strategy that would allow existing shareholders (other than Musk) to buy more stock at a discount, thereby diluting the stock and devaluing the acquirer’s shares. This would have made the acquisition more expensive and help defend against a hostile takeover.

But it seems that Musk’s confirmation to the Securities And Exchange Commission (SEC) that he has raised $46.5 billion in funding to buy Twitter changed the company’s position and thus took “a fresh look” at the offer, according to the Wall Street Journal. Some shareholders reportedly wanted Twitter to seek a better deal from Musk, though he had already insisted his bid of $54.20 per share was his “best and final” offer.

Musk met with several shareholders privately last Friday to plead his case, and evidently he was able to persuade them and back his bid.

Twitter is set to report its first-quarter earnings Thursday. Twitter’s share price had reached its highest point of the year—$50.98—following news of Musk’s investment. It had fallen since then but rallied to $48.93 on Friday and today based on the imminent acquisition rumors, meaning his offer was still above the current price.