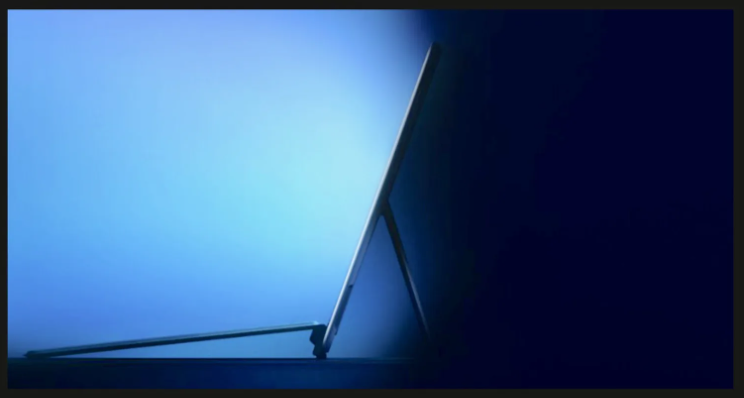 Expect the company to also talk up Windows 11 and possibly reveal a new Surface Duo device.

A new Microsoft Surface device may be on the horizon.

The company will hold a special event on Sept. 22  at 11 a.m. EST, it announced today. The invitation includes an image of a shadowy, Surface-like device resting on its kickstand with a keyboard attached. It looks exceptionally thin, similar to Microsoft’s Surface Pro X from 2019. So it may mean Microsoft is preparing a successor to the product.

The Surface Pro X set itself apart from the other Surface devices for dropping Intel-based processors. Instead, Microsoft worked with Qualcomm to create a custom chip for the PC-tablet hybrid device in the SQ1, an ARM-based processor.

The chip helped Microsoft cut down the hardware’s size and extend its battery life to over 13 hours on a single charge. However, the product does have a key drawback: It can’t natively run Windows apps designed for Intel- or AMD-based processors, as our review of the Surface Pro X noted. So its compatibility with third-party apps and games suffers from some limitations, although Microsoft has been working to build up the ecosystem for ARM-based apps. This includes using emulation to run x86 apps on ARM-based processors.

The Sept. 22 event may also introduce a second-generation Surface Duo, a leak of which we saw in a June YouTube video.

In case you forgot, the Surface Duo represented Microsoft’s attempt to create a foldable smartphone-tablet hybrid. It worked by essentially attaching two screens at the hinge for double the viewing space. However, the final product received mediocre reviews. Not helping the matter was the product’s original $1,399 price.

The Sept. 22 event will also likely cover Microsoft’s hardware plans for Windows 11, which is slated to launch on Oct. 5. Stay tuned for over coverage of the event.