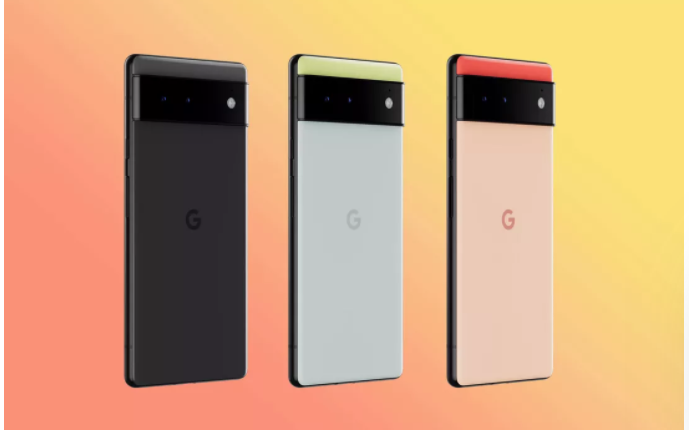 Google’s 2021 phones have some big highlights worth considering against the best from Samsung and Apple.

Google’s Pixel 6 and Pixel 6 Pro had their first official reveal on Monday, promising exciting features stemming out of a brand new camera system and Google’s in-house developed Tensor system-on-a-chip (SoC).We still have a lot to learn about the Pixel 6 and 6 Pro, presumably coming sometime this fall at a premium price, but I’m already excited about what Google’s 2021 phone lineup could offer.

Here are my main reasons why I’m keen to get my hands on Google’s new phone — and why you should be, too.

As a professional photographer, of course I’m most excited about new camera innovations on phones that let you take amazing images without having to haul back-breaking amounts of gear. Google’s Pixel phones have always had solid cameras, with great low light and HDR performance, but the last couple of models haven’t really pushed the boat out.

The Pixel 5’s dual camera setup did take great images, but up against the triple array on Apple’s iPhone 12 Pro Max or the Galaxy S21 Ultra’s amazing zoom, it didn’t really do a lot to tempt people who are in pursuit of the best photos possible (like me).

The Pixel 6 promises to be an improvement, with an upgraded image sensor that promises to capture 150% more light than its predecessor. And more light means better-looking photos, particularly in low-light situations. There’s also a 4x optical zoom lens, which I’ll particularly focus on as zoom lenses can offer a great way of finding new, creative compositions in your photography that you might have missed with just a wide angle lens.

Only the Pixel 6 Pro is destined to get the telephoto zoom lens, with the standard Pixel 6 getting the standard zoom and ultrawide lens. Megapixel numbers on these cameras are also still unknown, but rumored specs from leaker Jon Prosser list a 50-megapixel wide camera and a 12-megapixel ultrawide camera on both models. The Pro’s telephoto zoom lens is rumored to come in at 48 megapixels.

The Tensor processor, which we’ll go into more shortly, also plans to give these cameras a boost. Google reckons its new custom SoC will help in computational photography, achieving better-looking, sharper images, even when there’s a lot of movement. Photography demos given to several tech outlets demonstrating the Tensor’s capabilities displayed how the chip can intermix elements of the photos taken by the Pixel 6’s multiple cameras, putting all of those details together into a single photo.

All in all, the Pixel 6 is likely to have a formidable camera setup, and one which I’m super excited to take for a spin. Of course, it’s going to need to be the best it can be as it’ll have some stuff competition from the rumored iPhone 13, which is presumed to launch in September — likely sometime before the Pixel 6.

Previously Google used Qualcomm’s Snapdragon chips in its phones, but it’s going in a bold new direction for the Pixel 6 by launching its own silicon, named Tensor, as the brains inside the handset. Google hasn’t been specific about what kind of performance upgrades we can expect, but it has said that upgrades to AI and speech recognition will be particularly noticeable, along with the aforementioned photography improvements.

It might seem an odd move for Google to start making its own chips, but it’s a move that’s exciting for the future of its phones. The Tensor chip isn’t just about raw processing power — most phones have way more power than they need — but by controlling both the hardware and software, Google will be able to develop applications that take full advantage of the onboard components. Hopefully, it could also extend the number of years of software support with that control, allowing you to hold onto a Pixel 6 for more years with security updates.

It’s much the same as what Apple has done for some time: using its own silicon in iPhones and thus having complete control over how the hardware and software interacts. It’s one of the reasons why Apple’s phones tend to age better with even 5-year-old handsets still running the latest iOS. It’s also why Apple recently shifted to using its own M1 chips for its most recent Mac line.

The Pixel 6 will be among the first phones to launch with Android 12 on board. We’ve been using it in its beta form for a little while already, and there’s plenty to like and be excited about trying properly on the Pixel 6.

The Material You design language looks great, especially the ability to create custom themes from your own images. Whenever you pick a new background image, Android will sample the dominant color in that image and use it to customize the notification bar, icons, texts and everything else across the interface to provide a cohesive look. I love customizing my phone, and I’m really excited to see how the interface looks when I use some of my photography as backgrounds.

Android 12 also makes improvements to privacy, including giving the option to turn off system access to the cameras and microphones — just in case you get paranoid about certain apps listening in when you don’t want them to.

There’s a variety of tweaks in the software, not all of which are groundbreaking, but all of which do add up to a slick new experience that should look lovely on the Pixel 6 Pro’s whopping 6.7-inch display.

You can read more about Android 12 in our ongoing guide, and make sure to check on our full Pixel 6 rumor roundup which will continue to be updated as we find out more about the phones ahead of their release later this year.