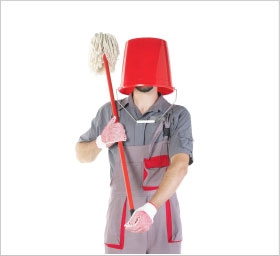 When I first came to Reimage, I had a lot to learn. I had no knowledge or experience in computer repair, being merely a content writer. My first few months working at Reimage, I had nothing but questions. One thing that completely mystified me was the topic of a computer’s registry and the role of registry cleaners in the PC repair market. I’d used them before on my own computer, in the effort to speed up PC performance and was convinced it was the be-all and end-all of home computer maintenance.
Each day I would bombard the VP of our R&D team with endless questions.    I finally sat down to interview him about the “world of registry cleaners” and what exactly a PC’s registry does.

The Windows registry contains almost every configuration setting in Windows; core operating system settings (hardware settings, passwords, system file locations, drivers and services) are stored alongside custom user settings and software installations. It consists of a set of files (not readable in regular text editors) called registry hives.
These default keys and values (entries) are divided into specific sections called registry hives. The number of registry entries grows as you install more software and change settings on your PC, etc.

Interview with the VP of R&D at Reimage

“I did a Google search for “registry cleaner” performance tests, and got more than 25,000 hits. In the first 15 pages, however, there wasn’t a single example of an actual performance test. Virtually all the results were from companies that make and sell this sort of utility, or from download sites that have affiliate agreements with these developers.” – Ed Bott, Why I Don’t Use Registry Cleaners

Q: I’ve read that redundant registry keys clog your operating system. Is this true?
A: Redundant registry keys do not clog your system. They used to in Windows 95/98 but since the NT platform, the issue is irrelevant now. During the time of Windows 95/98 & Millennium, registry clogging was a major issue. Microsoft optimized their registry engine and it can now handle more than a million key entries without any problem.
Most of these registry keys are useless because your Windows registry is like a warehouse filled with books, where every program on your PC places its own book of settings and the only thing that reads it is the same program that adds the book in the first place – Windows doesn’t read these books or “care” about these third-party software’s settings.
Most registry cleaners work on a placebo effect (hence their good reviews).

There is no reliable way for a third party program to know whether any particular key is invalid or redundant. Poorly designed registry cleaners may not know for sure whether a key is still being used by Windows or what detrimental effects removing it may have. This has led to examples of registry cleaners causing loss of functionality and/or system instability, as well as application compatibility updates from Microsoft to block problematic registry cleaners. – Wikipedia, Registry cleaner

Q: That’s a good analogy. Which keys do Windows “care” about then?
A: Windows “cares” about the following registry keys: Hardware configurations, the system hive, and software keys related to Windows software such as IE and Windows media player.
Q: What about viruses in the registry?
A: The registry cannot get viruses. Viruses are files that are executed on your operating system. The registry itself cannot contain code that executes on your CPU. It stores only settings and does not contain lines of code. The registry can only contain keys that reference to files that are viruses. In order to scan the registry and find a reference to a malware file, you need an anti-virus engine which most registry cleaners do not have.
Q: What are signs of deleted registry keys?
A: If those are critical registry entries, the computer won’t boot, will crash, programs will not function correctly.

Some registry cleaners make no distinction as to the severity of the errors, and many that do may erroneously categorize errors as “critical” with little basis to support it—a modern form of snake oil. Removing certain registry data can prevent the system from starting, or cause errors and crashes. – Wikipedia, Registry cleaner

Q: Registry optimization – is it a myth?
A: That’s something from the Win 95/98 era. Back then when the Windows registry was expanding, it did need to be defragmented once in a while to keep things optimized and organized. During the upgrade to Windows 2000, Windows XP (and beyond) Microsoft has optimized the registry infrastructure – rendering registry optimization useless. Windows does it inherently and automatically.
Q: So registry errors are not really errors?
A: This is the lexicon of registry cleaners – they are not really errors but redundant or orphaned entries which Windows, in most cases, “knows” to ignore.
Q: Do any registry cleaners reset registry keys to factory settings?
A: They don’t; they do not have the information a.k.a. the spare parts, needed to fix a missing registry entry.
Q: Which keys does Reimage reset?
A: Important keys in the System hive, for one. Also many other Windows related settings and configuration keys, which registry cleaners don’t scan — And are the first to be loaded when Windows boots and contain the most sensitive Windows settings.