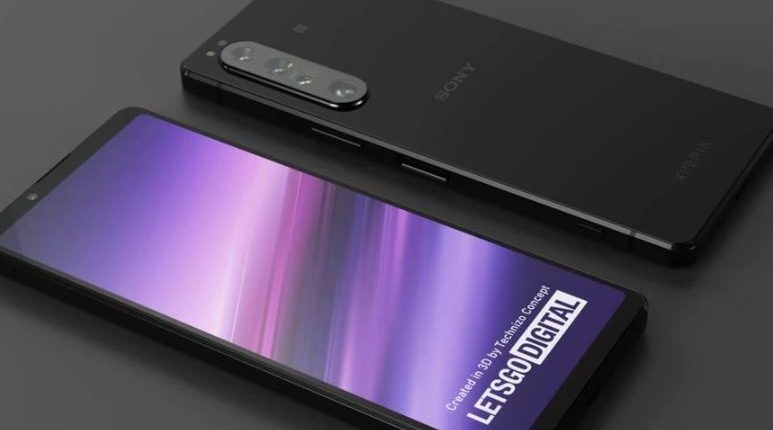 At $1,599.99 in the US (on pre-order) or £1,299 in the UK (available now), Sony’s flagship Xperia 1 IV is beyond the budget of many smartphone buyers. On paper it has some impressive specifications, including a 4K OLED screen with Sony’s signature 21:9 aspect ratio (which it says is ideal for gamers), a true optical 85-125mm telephoto camera, and the ability to record 4K video at 120fps. At the price, this phone needs to be not only good, but also excellent, across the board. How does it shape up?

The Xperia 1 IV is very recognisable, with a distinctive tall and thin form factor to accommodate the 21:9 screen. The handset is also quite narrow, making it easy for those with even quite small hands to grasp it.

Using this handset one-handed is a challenge, though. The phone measures 71mm wide and 165mm tall, and you need large hands to reach from the top to the bottom of the screen with a thumb. With my small hands, I found that one-handed use required a rather ungainly crablike motion to shift the phone around in my palm. That said, it’s difficult to use many of today’s phones comfortably one-handed, and Sony does have some mitigation in place (see below).

The Xperia 1 IV is quite thin at 8.2mm and relatively light at 185g. As you’d expect from a premium handset, there is water and dust resistance certification — specifically, an IP65/68 rating. Testing involves immersion in a container filled with tap water to a depth of 1.5 metres for 30 minutes. At home, the equivalent might be an accidental dunking in a sink of water.

Both the front and back of the Xperia 1 IV are protected by Corning’s top-end Gorilla Glass Victus. The back of my review unit was matt black, but you can also opt for white or purple. The finish is reasonably smooth, and thankfully did not collect my fingerprints during testing. Whatever the backplate colour, the camera bump is black. It’s tall and thin, and doesn’t protrude too far.

The edges house a good range of buttons and ports. The power button and volume rocker are on the right edge, with the former incorporating a fingerprint sensor. Also on this edge is a dedicated button for launching the camera and taking a quick snap. The USB-C charge port and SIM caddy are on the bottom, while the top edge houses a 3.5mm headset jack.

The 6.5-inch OLED display delivers an impressive 4K resolution (3840 x 1644, 21:9, 643ppi), although this is not new for Sony — last year’s Xperia 1 III had the same specification, which would be hard to beat. The 120Hz refresh rate can be turned on and off but there’s no LTPO support, so there’s no dynamic refresh rate switching, down to 1Hz, to eke out more battery life.

To alleviate the difficulty of navigating the screen, Sony has implemented a one-handed mode. You can double-tap the home button to effectively blank out around 40% of the screen and even opt to put a small icon on the screen that performs the same function. The screen looks rather unappealing in one-handed mode, but it is effective.

Among the pre-installed apps is Game Enhancer, which offers multiple customisations for gaming fans — including suitable audio and display settings, and allowing for live-streaming to YouTube.

A focus on media and gaming requires good stereo speakers, and the Xperia 1 IV delivers on this front. There’s plenty of bass, not too much treble and no distortion at top volume. Sony has retained its quirky Dynamic Vibration system, whose intensity is controlled using an on-screen slider next to the volume control. This delivers haptic feedback related to bass tones, which might work well in some games or with some styles of music, but I found odd and irritating. At least you can easily turn it down to zero.

It’s no surprise to find Qualcomm’s flagship Snapdragon 8 Gen 1 chipset under the hood here, along with 12GB of RAM. However, I initially had some issues with Geekbench 5 testing. I normally do three runs of the CPU benchmark and take an average, and see very little variation. This time, the single core score was 650 on one run, with the other two scores coming in at 1229 and 1060. Things settled down after a software update and the Xperia 1 IV turned in average scores of 1060 (single core) and 3235 (multi core). That’s very respectable, if not leading edge.

The SIM caddy can accommodate two 5G SIMs or one SIM and a MicroSD card in capacities up to 1TB. There is 256GB of internal storage, of which 30GB is consumed out of the box, leaving 236GB free.

That 30GB is used in part to accommodate a large array of apps, including a few specialist ones provided by Sony. Video Pro can be used to live-stream video to streaming services; Cinema Pro has enhanced tools for video shooting; and Photo Pro is the main app for shooting still images. The handset can also be used as a monitor for a Sony Alpha camera.

Music Pro can be used to record high-quality audio and edit or combine tracks. Sounds recorded at the same time — singing and instrumental accompaniment, for example — can also be separated.

Yes, you did read that right. One of the rear cameras is a 85–125mm telephoto camera offering true optical zoom from 3.5x to 5.2x. Zooming is an easy matter of using a slider, and general point-and-click photography is pleasing. However, the three apps mentioned earlier are really overkill for causal users.

Sony ships the Xperia 1 IV with a 5000mAh battery, which kept the handset going for 12 hours 48 minutes under the PCMark for Android Work 3.0 battery life test. Three hours of YouTube streaming from a full battery saw it fall by 30%, suggesting total battery life of 10 hours. That’s exactly half what we observed with the OnePlus 10 Pro.

Sony provides neither a charger nor a cable, saying this reduces packaging by 50%, as well as reducing shipping weight, and dropping C02 emissions by 36% per unit. Without a charger in the box I did not test charging speeds, simply doing what Sony suggests and employing a random charger I had in use for another device. In the UK, Sony sells a 30W fast charger for £49.99 (~$60).

I found the handset got a little warm while charging, and also while running video. This is concerning on any handset, but especially so on a premium-priced flagship phone.

Sony has extended its Xperia range with a flagship handset that echoes its predecessors in terms of design and specifications. The Xperia 1 IV’s 21:9 screen aspect ratio and 4K resolution will be welcomed by many, while the telephoto camera’s true optical zoom is interesting. However, the multiplicity of camera apps may confuse some users.

In the end, even with all its plus points, it must be said that the premium-priced Sony Xperia 1 IV isn’t a handset with mass appeal.