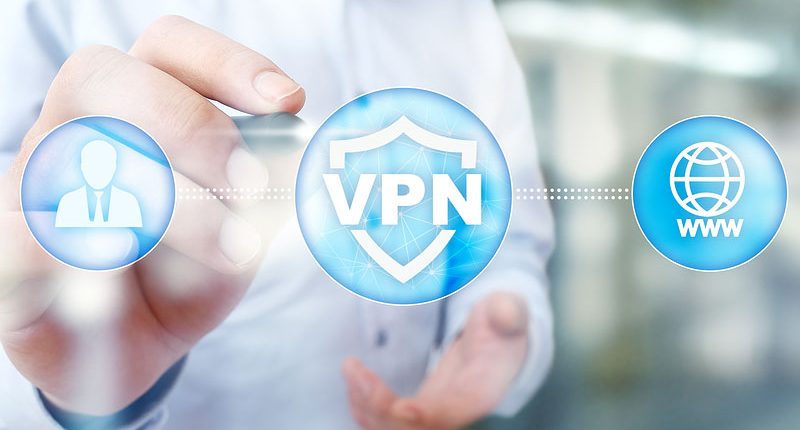 What Is a VPN?

A virtual private network (VPN) is a technology that allows you to create a secure connection over a less-secure network between your computer and the internet. It protects your privacy by allowing you to anonymously appear to be anywhere you choose.

A VPN is beneficial because it guarantees an appropriate level of security and privacy to the connected systems. This is extremely useful when the existing network infrastructure alone cannot support it.

For example, when your computer is connected to a VPN, the computer acts as if it’s also on the same network as the VPN. All of your online traffic is transferred over a secure connection to the VPN. The computer will then behave as if it’s on that network, allowing you to securely gain access to local network resources. Regardless of your location, you’ll be given permission to use the internet as if you were present at the VPN’s location. This can be extremely beneficial for individuals using public Wi-Fi.

VPNs are really easy to use, and they’re considered to be highly effective tools. They can be used to do a wide range of things. The most popular types of VPNs are remote-access VPNs and site-to-site VPNs.

What is a remote-access VPN?

A remote-access VPN uses public infrastructure like the internet to provide remote users secure access to their network. This is particularly important for organizations and their corporate networks. It’s crucial when employees connect to a public hotspot and use the internet for sending work-related emails. A VPN client, on the user’s computer or mobile device, connects to a VPN gateway on the company’s network. This gateway will typically require the device to authenticate its identity. It will then create a network link back to the device that allows it to reach internal network resources such as file servers, printers, and intranets as if it were on the same local network.

It usually relies on either Internet Protocol Security (IPsec) or Secure Sockets Layer (SSL) to secure the connection. However, SSL VPNs can also be used to supply secure access to a single application, rather than an entire internal network. Some VPNs also provide Layer 2 access to the target network; these will require a tunneling protocol like PPTP (Point-to-Point Tunneling Protocol) or L2TP (Layer 2 Tunneling Protocol) running across the base IPsec connection.

What is a site-to-site VPN?

This is when the VPN uses a gateway device to connect to the entire network in one location to a network in another location. The majority of site-to-site VPNs that connect over the internet use IPsec. Rather than using the public internet, it is also normal to use career multiprotocol label switching (MPLS) clouds as the main transport for site-to-site VPNs.

VPNs are often defined between specific computers, and in most cases, they are servers in separate data centers. However, new hybrid-access situations have now transformed the VPN gateway in the cloud, typically with a secure link from the cloud service provider into the internal network.

What is a mobile VPN?

A traditional VPN can affect the user experience when applied to wireless devices. It’s best to use a mobile VPN to avoid slower speeds and data loss. A mobile VPN offers you a high level of security for the challenges of wireless communication. It can provide mobile devices with secure access to network resources and software applications on their wireless networks. It’s good to use when you’re facing coverage gaps, inter-network roaming, bandwidth issues, or limited battery life, memory or processing power.

Mobile VPNs are designed and optimized to ensure a seamless user experience when devices are switching networks or moving out of coverage. It generally has a smaller memory footprint, and because of that, it also requires less processing power than a traditional VPN. Therefore, it enables your applications to run faster while the battery pack is able to last longer.

A Mobile VPN is a worthwhile tool to have since it increases privacy, user satisfaction, and productivity, while also reducing unforeseen support issues caused by wireless connectivity problems. The increasing usage of mobile devices and wireless connectivity make it more important to ensure that your data is being transferred through a secure network. It will allow you to access the internet while staying safe behind a firewall that protects your privileged information.

Who needs a VPN?

Individuals that access the internet from a computer, tablet or smartphone will benefit from using a VPN. A VPN service will always boost your security by encrypting and anonymizing all of your online activity. Therefore, both private and business users can benefit from using a VPN. Communications that happen between the VPN server and your device are encrypted, so a hacker or website spying on you wouldn’t know which web pages you access. They also won’t be able to see private information like passwords, usernames, and bank or shopping details and so on. Anyone that wants to protect their privacy and security online should use a VPN.

How to choose a VPN Service?

There’s a vast range of VPN servers on the internet. Some are free, but the best ones require a monthly subscription. Before you decide to download a VPN, make sure you consider these factors for understanding a VPN:

Cost – VPNs aren’t too pricey, but they vary from vendor to vendor. If your main concern is price, then go with something inexpensive, or free – like Spotflux Premium VPN or AnchorFree HotSpot Shield Elite. By all means, try a free server but they do have a few drawbacks since they attract a lot of users. Free servers are often slower, and since most are ad-supported, they place adverts on the online pages you access. Others can even limit the speed of your connection, as well as your online time or amount of data transferred.

It’s also important to note that leading VPN providers offer stronger security features to ensure you’re digitally safe. When selecting a paid VPN service, always be sure to check which countries it operates servers in.

Reliability – Select a VPN that is reliable and read the reviews to make sure that it’s capable of protecting you by providing you with sufficient online privacy.

High security – An effective VPN will have the following security features: 128-bit encryption, anonymous DNS servers and an absence of connection logs.

Are there any bandwidth limits? This can often be linked to price; paying more will generally provide more bandwidth with faster internet access.

Are apps for Android, iOS phones and tablets available? Apps for Android and iOS devices are also vulnerable, so make sure your VPN server can support them.

To ensure privacy, you want to make sure you have a VPN that doesn’t store online logs. Some servers provide virus and spyware protection, and features like that can significantly increase your online safety.

Using a no-logs VPN service will provide you with a higher degree of security. It can protect you from blanket government surveillance and prevent your internet service provider from knowing your online activity.

Since we’re living in a connected world, security and privacy are critical to ensure our personal safety from nefarious hacks. From online banking to communicating with coworkers on a daily basis, we’re now frequently transferring data on our computers and smartphones. It’s extremely important to find ways of securing our digital life and for this reason, VPNs have become increasingly common.

Let’s take a look at one of the very best commercial VPN service provider on the internet.

CyberGhost has been around since 2011 and has come out strongly as a supporter of “civil rights, a free society, and an uncensored Internet culture.” We really liked how the company specifically showcases, on their Web site, how folks normally prevented from accessing such important services as Facebook and YouTube can bring those services into their lives via a VPN.

The company has solid Linux support, supports VPN via routers, and has a solution for the popular Kodi media player. They check off all the boxes on protocol support and get kudos for offering a connection kill switch feature, along with supporting P2P and BitTorrent in most countries.

Still, the few extra dollars are worth it. We liked how the company offers custom app protection, IPV5 support and DNS, IP, and WebRTC leak prevention. CyberGhost also picked up points for preserving anonymity by not logging connection data.

Credits to David Gewirtz of CNET