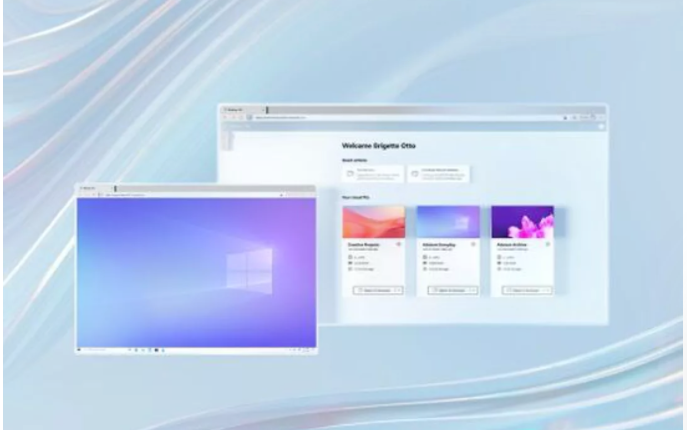 Windows 365 takes the OS to the cloud for the hybrid work era, so businesses can stream the full Windows experience on personal or corporate devices.

Windows 10 (and, come fall, Windows 11) is now accessible across your work and personal devices through the cloud, with a new Microsoft cloud service called Windows 365. The service is aimed at business users who have transitioned to a hybrid workforce and want to stream the full Windows experience (including your apps, data and settings) from either a personal or corporate PC or a phone. Dubbed “the Cloud PC,” Microsoft’s approach aims to allow you to move quickly between devices and pick up where you left off.

Windows 365 Cloud PC was first unveiled in July, and plans are generally available to organizations starting Aug. 2. Windows 365 Business and Enterprise Cloud plans start at $31 per user per month.

This isn’t the first example of a cloud PC that we’ve seen: In 2018, Blade rolled out its Shadow desktop-as-a-service subscription in the US, which allowed you to access a remote Windows 10 PC from an app on any device with a screen. Microsoft’s move into this space seems to mark an easier way to do this, and it could gain more traction given the large number of users (as of May, there were more than 1.3 billion active Windows 10 devices worldwide).