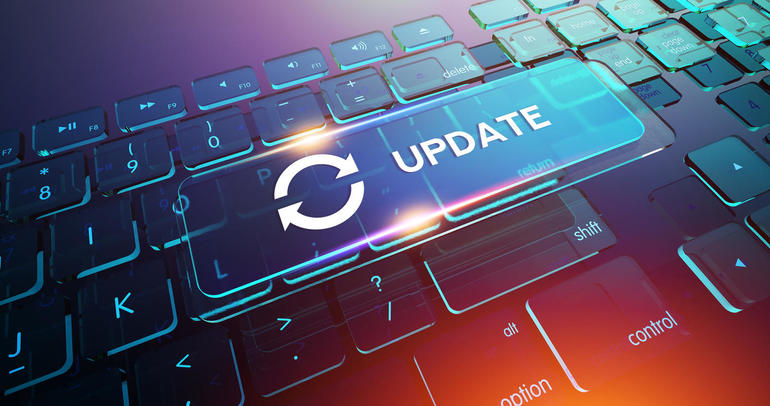 Windows 10 Version 1909 is now available as an optional feature update. Electing to install it will add several subtle quality-of-life features and improve your user experience.

Nov. 12, 2019, was more than just a normal Microsoft Windows 10 Security Patch Tuesday. After the installation of a cumulative malicious code patch or two, you may have noticed an optional update is available on your Update & Security settings screen (Figure A).

The feature update to Windows 10, Version 1909, adds several performance and quality-of-life enhancements to the operating system. These updated features should make the overall Windows 10 experience better for users. But for the most part, the updated features are subtle under-the-hood changes–nothing a typical user will notice or have to deal with in terms of changing default configuration settings.

There are a few new features that may appeal to certain users, particularly users taking advantage of voice-activated digital assistants and the built-in Windows 10 Calendar app.

What changes can you expect in Windows 10 Version 1909?

If you elect to install the optional feature update and move to Windows 10 Version 1909, you will notice something striking when compared with previous version updates–brevity. The download and installation of this feature update should take only a few minutes and will be completed by a system restart. You do not need to plan for an hours-long process.

When you return to the Windows 10 desktop, you will not notice any obvious changes. According to the Microsoft Insiders documents page for Version 1909, many of the performance enhancements are not visible during typical operating system use. There are also several improvements that are important for enterprise administrators and OEMs–not the average user.

However, users of the Windows 10 Calendar app will notice a change right away when they click the date and time icon located in the System Tray of the Taskbar. There is now a box where users can add events to their calendar from the flyout screen (Figure B).

Another subtle change that users will appreciate applies to how the navigation pane of the Start Menu works in Windows 10 Version 1909. Hovering your mouse cursor in the Start Menu Navigation pane will now automatically expand the pane to show more detail about each individual option (Figure C). Users had to perform that task manually before the update.

If you regularly use the Alexa digital assistant from Amazon, you may be pleased to learn that Windows 10 Version 1909 allows you to reach Alexa above the Windows 10 lock screen. Microsoft has been expanding features that can be accessed without actually logging onto your PC, and now Alexa joins the list.

Overall, the Windows 10 November 2019 Update to Version 1909 adds several new features that should appeal to certain users and not annoy everyone else. So far, there are no reports of Version 1909 breaking applications or otherwise causing problems. And since the installation is mostly painless, it may be worth a few minutes to opt into this optional Windows 10 update.

Credits to Mark Kaelin of TechRepublic.