Skip to content
Home  /  Reviews  /  Windows 11 cheat sheet: Everything you need to know 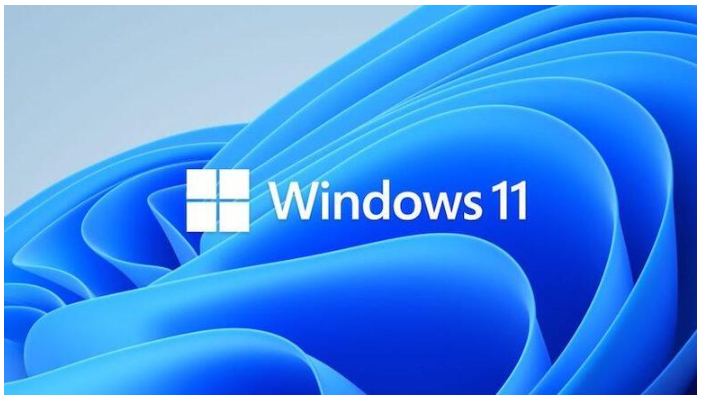 This comprehensive guide offers details about Microsoft Windows 11, including new features, system requirements, when you can download the OS and more.

On June 24, 2021, Microsoft unveiled its newest operating system, Windows 11—almost six years after Windows 10 debuted. The company’s latest OS will offer several updates and new features including a simpler design intended to increase productivity, ease of use and creativity; ways to connect to people faster; better PC gaming experiences; faster ways to get information you need; an all-new Microsoft Store; and a more open ecosystem unlocking new opportunities for developers and creators.

This Microsoft Windows 11 cheat sheet details the operating system’s main features, lists system requirements for the OS, explains how and when to get it and more. We’ll update this Windows 11 guide when new information is released.

Windows 11 is Microsoft’s newest major release of its operating system and the successor to Windows 10. The OS features an all-new simplified, yet modernized, interface and was designed to inspire productivity and creativity.

What new features come with Windows 11?

In Windows 11, the newly centered Start button uses the cloud and Microsoft 365 to show recent files, no matter what platform or device they were being viewed on previously, including an Android or iOS device.

A new set of features to Microsoft Windows 11 will be the introduction of Snap Layouts, Snap Groups and Desktops. These offer “powerful way to multitask and stay on top of what you need to get done,” according to the company’s press release. With these Windows 11 features, users can organize windows and optimize screen real estate for a cleaner visual layout. Users can also create and customize separate Desktops for each part of their life—like one for work and one for personal use.

In Windows 11, Microsoft is also integrating Chat from Microsoft Teams into the taskbar so users can instantly connect via text, chat, voice or video with personal contacts regardless of which platform or device is being used across Microsoft Windows, Android or iOS. Through Microsoft Teams, users can now also instantly mute and unmute or start a presentation directly from the taskbar in the new OS.

For gamers, Windows 11 “unlocks the full potential of your system’s hardware, putting some of the latest gaming technology to work for you,” according to Microsoft. Windows 11 will offer DirectX 12 Ultimate, which enables immersive graphics at high frame rates; DirectStorage for faster load times and more detailed game worlds; and Auto HDR for a wider, more vivid range of colors. Microsoft Windows 11 will still support users’ favorite PC gaming accessories and peripherals.

Windows 11’s new Widgets are a personalized feed powered by artificial intelligence and Microsoft Edge. Instead of using a phone to check news, weather or notifications, now users can open their Windows 11 desktop to see a similarly curated view. Widgets also offers new opportunities within Windows 11 to deliver personalized content for creators and publishers.

The Microsoft Store is getting a major overhaul–users will have one safe location for apps and content to watch, create, play, work and learn. According to Microsoft, the Store “has been rebuilt for speed and with an all-new design that is beautiful and simple to use. Not only will we bring you more apps than ever before, we’re also making all content—apps, games, shows, movies—easier to search for and discover with curated stories and collections.” Soon, leading first and third-party apps such as Microsoft Teams, Visual Studio, Disney+, Adobe Creative Cloud, Zoom and Canva will be available in the Microsoft Store.

Coming in late 2021 for Windows 11: Android apps on Windows. Through its partnership with Amazon and Intel, and for the first time ever, the Microsoft Store will allow users to discover Android apps, which can be downloaded via the Amazon Appstore. Microsoft is also enabling developers and independent software vendors to bring apps to the Microsoft Store, no matter what app framework is used to create them.

SEE: How to get the preview version of Windows 11 (TechRepublic)

What do developers need to know about Windows 11?

Windows 11 features the new PWABuilder3, so developers can build a PWA from their web app in minutes. WebView2 runtime is also included with Windows 11, which makes it easier to take advantage of its web platform as a secure way to build hybrid web apps. Offerings like Windows Terminal and the new Microsoft Edge DevTools can still be used, as they are now in-box.

The Windows App SDK (previously known as Project Reunion) will also make it easier to integrate Windows 11 features into apps, but it still allows developers to reach more than a billion users on Windows 10. The Windows App SDK 1.0 is set to be released later this year.

Developers can build apps that run natively on Windows on ARM with the new ARM64 Emulation Compatible ABI. Using the ARM64EC, native ARM and emulated x64 code can be mixed in the same process or module. This interoperability means developers can optimize apps to run on Windows on ARM—even if the app has x64 dependencies or loads x64 plugins they don’t control.

To rejuvenate app designs, developers can use WinUI3 in Windows 11, which offers built-in UI updates such as rounded geometry, refreshed iconography, new typography, fun micro-interactions (such as Lottie animation) and refreshed color palette. The Snap layouts feature will helps with maximum productivity in Windows 11.

Along with the major changes to the Microsoft Store, Microsoft is taking steps to unlock greater economic opportunity for creators and developers. Microsoft plans to enable developers and independent software vendors to bring their apps regardless of whether they’re built as a Win32, Progressive Web App, Universal Windows App or any other app framework. This will allow developers to reach and engage a larger audience.

What are the system requirements for Windows 11?

What are feature-specific requirements for Windows 11?

Some features in Windows 11 have increased requirements beyond those listed above. Here are additional details regarding requirements for key features per Microsoft.

When will Windows 11 be released, and how can I get it?