Skip to content
Home  /  Emerging Technology & News  /  With 5G, edge computing and IoT will surge: Now’s the time to upgrade your edge 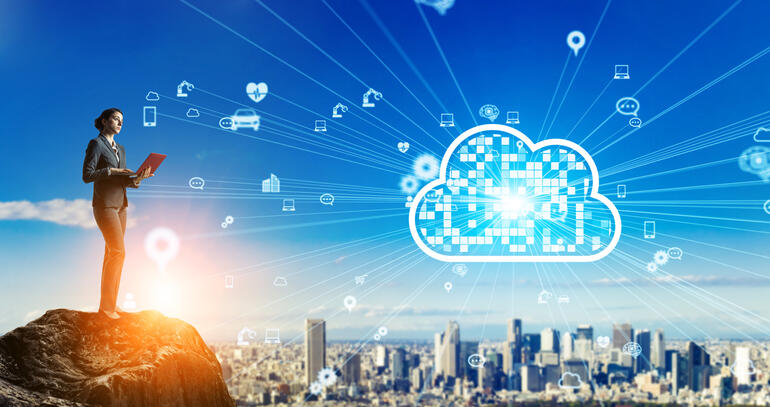 Moving computing to the edge eases the stress on bandwidth and speeds processing and responsiveness, allowing more bandwidth-heavy technologies, like AR and VR, to soar.

The edge computing market is projected to grow by a compound annual growth rate of 19.9% between now and 2025. Companies are aggressively deploying Internet of Things (IoT) devices at the edges of their networks and their enterprises, in the residences of customers, and in the field. These devices send, receive, and process data.

The IoT onslaught is causing companies to rethink their IT processing architectures, which to date have remained focused on centralizing data and processing. The burning question in organizations is, do you consider moving some of your processing to the edge?

This focus on when to move data has primarily been about the logistics of when it is best to move data—but the next wave of edge deployment and data and processing planning is likely to focus on how to derive and process data for business value out of all of this IoT.

“Technologies like AR (augmented reality), VR (virtual reality) and autonomous vehicles are expanding,” said Kurt Michel, SVP at Veea, an edge infrastructure provider. “If companies and consumers want real-time responsiveness for these technologies, they have to find a way to move processing away from the center of the enterprise and out to the edge.”

The direction in companies now is to move more processing or at least pre-processing to the edge. This helps reduce bandwidth and network demands. In this way, data can be transferred to central data repositories that are in-house or in the cloud later, at times when bandwidth and other network resources are more available.

In some cases, business value from data can best be derived when the IoT receives, processes, and stores data on its own—without passing the data on. In other cases, enterprises will want IoT data aggregated with data from other core enterprise systems so holistic technologies like AI and analytics can be supported.

Regardless of the IT architecture choices a company makes for its edge/IoT and its centralized core computing, being able to mix and match a variety of data and processing deployments for business results will be an important focus.

“One of the ways that we address the need to process more data directly at the edge in these new data architectures is through a process we call Edge as a Service (EaaS),” Michel said. “With Edge as a Service, a company can begin to unlock services for processing, data storage, etc., directly at the edge. The company can establish “micro” data centers that are only a hop or two away from where the data is being generated. This deployment enables more effective bandwidth usage, and it can also be scaled out to support many IoT devices and data collection points.”

Here is an example of EaaS in action: In Korea, the Seongnam Cultural Foundation is using AR to engage and educate visitors as they learn about the lives and spirits of 100 historically important Korean activists. The foundation is doing this by running AR on an EaaS platform so visitors can view and hear 3D animated characters on their smartphones as they move through the exhibit. The technology behind the AR consists of smart edge nodes that combine Wi-Fi hotspot access with local server processing and storage. The technology connects with the visitors’ smartphones.

“Through the years, we’ve seen the pendulum swing between centralized and distributed processing,” Michel said. “So, in a sense what we are witnessing with EaaS now is nothing new. It is just another pendulum swing from centralized processing to more processing at the edge that is readjusting that balance between the data and processing that we centralize, and that which we distribute. Now with the coming of 5G, there will be more push to deploy AR, VR, and other bandwidth-heavy technologies. Taking a look at EaaS is one way that IT can get ready for it.”