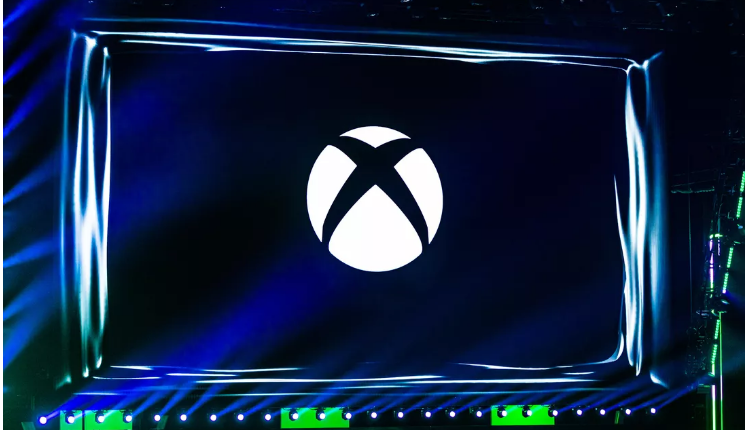 Microsoft’s most recent revelations include some basic specs and features.

Microsoft’s eagerly awaited new model in its Xbox video game console line is almost here, and in theory you’ll be able to shell out an as-yet-unspecified amount of money for the Xbox Series X by the end of this year. As of now, we’re in the portion of the prerelease cycle in which Microsoft and Sony — also slated to release its own PlayStation 5 console this year — leapfrog each other with feature and spec reveals.

We now have a somewhat clearer picture of what to expect from the Xbox Series X, short of the types of answers we can only get by actually booting one up and using it (such as how backward compatibility really works) as well as specifics like the configurations, storage capacity and so on.

Microsoft’s Inside Xbox show on Tuesday restated some of the spec info revealed in March, but there was an additional new peripheral shown: an expansion drive. The 1TB card made by Seagate will plug into the back of the Xbox Series X providing extra storage for games.

It’s designed to have the same architecture as the internal SSD, allowing for the same performance. External drives can still work with the Xbox Series X, but they can only store game data and will need to transfer games to the console’s SSD or expansion drive in order to play.

The Xbox Series X enters a game that looks very different than when its predecessor, the Xbox One X arrived three years ago. Though technically it’s competing with other living room consoles (i.e., the PlayStation), in practice it’s now challenged by hugely popular phone-based mobile gaming and the Nintendo Switch handheld console, as well as nascent cloud-gaming options, for your entertainment time and money.

What’s the Xbox Series X release date and how much will it cost?

Microsoft says it will ship this year, we think likely around the same time as the PS5. In 2013, the Xbox One launched a week after the PlayStation 4, which came out in mid-November.

As for price, that’s also still unknown. On one hand, the Xbox 360 cost $399 when it launched in the US in 2005 and the Xbox One cost $499 when it launched in 2013, as did the subsequent flagship Xbox One X in 2017. But complicating the pricing are supply constraints for popular components such as memory and storage, already reportedly impacting the PS5, which invariably drives prices up.

In a podcast with IGN on April 1, Xbox boss Phil Spencer says he’s feeling “good” about the new system’s price.

What are the Xbox Series X’s specs?

The console’s based around AMD’s current-generation Zen 2 processor architecture (Zen 3 is expected by June) plus a graphics processor using AMD’s forthcoming RDNA 2 micro-architecture, so presumably built on the Navi 7-nanometer process.

On March 16, Microsoft released the full specs for the Xbox Series S.

The system’s CPU is an eight-core custom Zen 2 processor running at 3.8 GHz. Its GPU is a custom RDNA 2 processor at 1.825 GHz with 52 CUs that will create 12 teraflops. This puts Microsoft’s new console among some of the higher-end gaming PCs.

Other hardware includes 16GB GDDR6 RAM, 1TB SSD, an HDMI 2.1 connection carried over from the previous model and an optical drive for game discs. The SSD will incorporate a new feature called Xbox Velocity Architecture, which will let developers make use of up to 100GB of game assets instantaneously. There is also a 1TB expansion drive for the system that will provide even more storage for games and have the same functionality as the internal SSD.

it will also (unsurprisingly) incorporate Microsoft’s DirectX 12, the latest version of the company’s graphics programming interface (which is in Windows 10), notably its GPU support for DirectX Raytracing and Variable Rate Shading. In combination, these all will allow the Xbox to drive higher frame rates — 4K resolution at 120 frames per second — with variable rate refresh support when connected to compatible TVs or monitors (i.e., they have an HDMI 2.1 connection).

What does all that mean? Why haven’t you mentioned the 12 TFLOPS everyone’s talking about?

With all the updated components, the Xbox Series X certainly seems like a big step up from its predecessor. The solid-state storage will allow faster startup of games and shorter loading screen times compared to the previous models’ hard disk drives, even for older games. While the updated processor vaguely has “four times the processing power of the Xbox One,” any speed update helps and will apply to all games as well.

For games that incorporate it, the DXR acceleration gives developers the opportunity to render far more accurate lighting, shadows and reflections without negatively affecting performance and without a lot of the optimization overhead otherwise required. And VRS, which lets developers choose where they can save processing power while rendering a frame based on how visually important an area is and how noticeable a slightly rougher render might be, means that games integrating it may also be able to sustain higher frame rates with better-looking graphics in select scenes than they might otherwise have had.

In addition to supporting variable refresh rates — which lets the console sync game frame rates with compatible TVs or monitors to minimize artifacts like stutter and tearing caused by mismatches — HDMI 2.1 adds ALLM, or Auto Low Latency Mode, which automatically sets the display to its lowest latency mode, and has been available in TVs from manufacturers like Sony and LG for at least a year. Keep in mind that to run 4K/120p you’ll need an HDMI 2.1 connection in the TV or monitor as well.

We still don’t know a lot about the graphics processing hardware, though. The only hard spec Microsoft’s released is “12 TFLOPs of GPU performance,” but that’s kind of meaningless without context. Floating point is simply noninteger arithmetic, but it can have different size spaces to store the values, where more bits means potentially more accurate calculations (but increases performance overhead).

So, 12 trillion floating point operations per second of… what? It doesn’t specify the type of FP calculations, which could be single precision (32 bits), double precision (64 bits), or half precision (16 bits); AMD uses both single and half in its GPU specifications. On the other hand, there are specs we don’t have that would provide more insight. For instance, the amount of video memory would be an indicator of whether it will support 8K at 120 fps, too.

Will my old games work on it?

Microsoft says yes, going back as far as the original Xbox, and that many of them will play and look better, thanks to the aforementioned upgrades that apply to every game running on the console. Of course, the devil’s in the details when it comes to compatibility, so we’ll have to wait for hands-on tryouts to find out how broadly it applies.

Unlike the transition from earlier generations, though, this one should go more smoothly. The new hardware is mostly just faster versions of the previous components, and the last Xbox One operating system also used DirectX 12 and supported HDMI 2.1, or at least nothing that requires emulation or rewriting. But with one exception, it’s not clear whether Microsoft has improved the compatibility experience over previous versions. In other words, for example, will Xbox 360 games still require game-specific emulations (because the Xbox 360 ran on a PowerPC CPU, which had a different instruction set than the x86 CPUs that are nearly universal) or will there be a new, more broadly applicable solution?

Microsoft will be introducing at least one new feature to improve the experience of running multigenerational games: Smart Delivery. When you pay for a game, it gives you the rights to that game for both Xbox One models and the Series X and automatically chooses the correct version — but it’s also optional for developers and publishers, and isn’t clear whether it applies to old games you’ve already paid for. It also seems to be intended to encourage upgrading from the Xbox One to the Series X without discouraging game buying for the older console: “This technology is available for all developers and publishers, and they can choose to use it for titles that will be released on Xbox One first and come to the Xbox Series X later.”

Microsoft’s upcoming Halo: Infinite will have this option along with CD Projekt Red’s upcoming sci-fi RPG Cyberpunk 2077, according to a tweet from the developer.

Will there be a new controller, too?

Yup, though not as radically redesigned as the console, and it will be backward compatible with older models. It’s based on the current Xbox Elite Wireless model but has a reworked D-pad and a share button. Microsoft has also done some work on reducing the wireless lag — and thereby increase the responsiveness — between the display and the controller with what it calls dynamic latency input.

What else is new?

Thus far, we know Microsoft’s bringing back Quick Resume, a feature it introduced and then deprecated about five years ago. Previously, it allowed you to suspend (rather than exit) a single game and pick it up exactly where you left off, but now it will be able to do so for multiple games.

We don’t know much about exclusives or upcoming games that incorporate Series X-only features like ray tracing or VRS, but it would be surprising if Windows DirectX 12 games that use them didn’t have console versions. In addition Halo: Infinite, expected to be a launch title, we also know about a sequel to Hellblade: Senua’s Sacrifice from its Ninja Theory studio, Senua’s Saga: Hellblade II, that will be an exclusive.

Xbox Game Pass will continue to be the major vault subscription option for the console; though Microsoft hasn’t mentioned it explicitly, it’s also likely that the Series X will offer Xbox Console Streaming — a feature that lets you play Xbox One games on your phone that are running on your console — which is currently still in preview. (This is completely unrelated to Project xCloud, also in beta, which lets you play Game Pass games on your phone or tablet that are running on remote pseudo Xboxes rather than on your local console.)