Skip to content
Home  /  Business  /  Apple ditched Intel, and it paid off 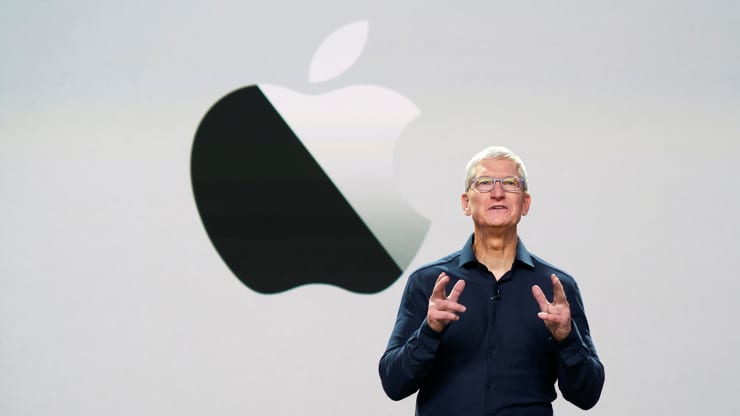 Apple’s decision to ditch Intel paid off this year.

The pivot allowed Apple to completely rethink the Mac, which had started to grow stale with an aging design and iterative annual upgrades. Following the divorce from Intel, Apple has launched far more exciting computers which, paired with an ongoing pandemic that has forced people to work and learn from home, have sent Apple’s Mac business soaring.

It wasn’t always a given. When Apple announced its move away from Intel in 2020, it was fair to question just how well Apple could power laptops and desktop computers. Apple has used in-house chips for iPhones and iPads but had been selling Intel-powered computers for 15 years. It wasn’t clear how well its macOS desktop software would work with apps designed to run on Intel chips, or whether its processors would offer any consumer benefits and keep up with intensive tasks that people turned to MacBooks to run.

Those fears were quickly quelled.

The first M1 Apple chip was launched in 2020 in a MacBook Air laptop. It was more powerful than Intel’s chip while offering longer battery life and enabling a fanless design, which helped keep Apple’s new MacBook Air even quieter. It proved to be an early success.

In April 2021, CEO Tim Cook said during the company’s fiscal second-quarter earnings call that the M1 chip helped fuel the 70.1% growth in Apple’s Mac revenue, which hit $9.1 billion during that quarter.

The growth continued in fiscal Q3, when Mac revenue was up 16% year over year. That quarter, it launched the all-new iMac, which offered a redesigned super-thin metal body that looks like a screen propped up on a stand. It’s slimmer than the Intel models that came before it, while offering other benefits, like a much better webcam, great speakers and a much sharper display than the models it replaced. And Apple made the launch more exciting by offering an array of colors for the iMac, which it hadn’t done since it shipped the 1999 iMac.

There was a slowdown in fiscal Q4, when Mac revenue grew just 1.6%, as Apple, like all manufacturers, saw a slowdown from the burst of sales driven by the start of the pandemic and dealt with supply chain woes. But fiscal Q4 sales didn’t include revenue from its most exciting new computer of the year.

The 14-inch MacBook Pro, which launched in October, proved Apple’s processors are capable of serving Apple’s most demanding customers.

The new laptop runs on Apple’s latest M1 Pro and M1 Max processors, which are even more capable of handling intensive tasks such as video editing multiple high-resolution video files at the same time. It has the best screen ever on an Apple laptop that’s brighter, sharper and smoother than earlier Intel models. But, more notably, the laptops still offer long battery life, thanks to the more power-efficient design of Apple’s processors. Paired with plenty of ports that let you attach high-speed accessories, additional displays or more storage, it’s easily the best laptop on the market.

Apple’s fiscal Q1 earnings in January will give an indication of how well all its new computers are selling.

But it’s clear the move from Intel has allowed Apple to move full speed ahead with its own chip development, much like it does for iPhones and iPads, the latter of which has yet to be matched by any other tablet on the market. It’s no longer beholden to delays that plagued Intel, which started to lag behind AMD with its new 7nm chips. And Apple has full control over its “stack,” which means it can design new computer hardware and software together, instead of letting the power of another company’s chips dictate what its computers can and can’t do.

Take, for example, the way M1 is able to improve the quality of the webcam on its computers, even though it’s the same image sensor used in prior Intel models. There are other benefits to owning the hardware and software.

Apple’s new macOS Monterey software will soon let computers running on M1 share a single keyboard and mouse with an iPad, for example, allowing you to seamlessly control multiple devices at the same time. M1 Macs have other exclusive features, such as on-device voice dictation, improved Siri text-to-speech, more detailed Maps and portrait mode in FaceTime, which blurs the background behind you. And while the app selection is still limited, M1 Macs are capable of running some of the same apps that you run on your iPhone and iPad.

Expect the trend to continue next year. Reports have suggested we’ll see yet another new MacBook Air, updates to the most powerful iMac Pro and Mac Pro and more in 2022. And we may see M1 in totally new product categories.

The chip is so good at managing power that it may even be used in Apple’s augmented reality headset. A report from top Apple analyst Ming-Chi Kuo in November said Apple’s upcoming AR glasses, which he said will launch at the end of 2022, will be just as powerful as its Macs. Kuo said that will help the headset stand out against the competition since the headset will be able to run intensive graphics tasks without being connected to a computer or phone.