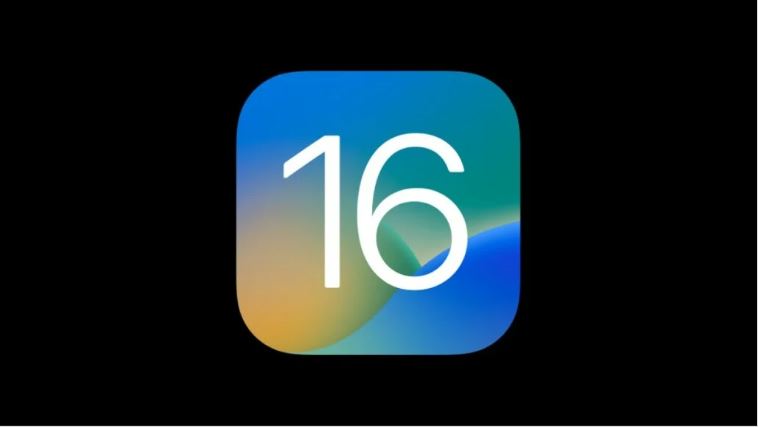 Apple has officially launched iOS 16 after a lengthy summertime beta, delivering an impressive suite of new features to all compatible handsets (iPhone 8 and up). With it, Apple builds upon iOS 15 to create a phone operating system with highly customizable Lock Screen elements, convenient improvements to the Messages app, awesome camera-related enhancements, and a suite of small, impactful changes that make it a refreshing evolution of the mobile OS that iPhone users know and love. For its many fun and useful features, iOS 16 joins Android 13 as an Editors’ Choice winner for mobile operating systems.

Should You Upgrade to Apple iOS 16?

The iOS 16 release candidate is a stable, polished version of the beta we enjoyed over the summer months. That said, OS releases only get more stable with time, so you don’t need to update your phone right away, especially if you’re comfortable using iOS 15. However, iOS 16 includes many new, impressive features that you might find enticing.

Unfortunately, some features aren’t compatible with all phones. For example, Live Text and Visual Look Up are only available on the iPhone 11, iPhone 12, iPhone 13, iPhone 14, iPhone XR, and iPhone XS. Likewise, the new Dynamic Island feature is exclusive to iPhone 14 Pro and Pro Max.

Ready to upgrade? Here’s how to get iOS 16. But read on to know more about what iOS 16 has in store.

The most immediate and notable iOS 16 changes involve the overhauled Lock Screen. It’s no longer a static image you set as your phone’s background. Instead, it features several customizable elements that you can personalize to your liking. This includes the clock font, widget placement, and even how notifications are displayed. If you’re at all familiar with Android’s Material You design, Apple’s take on the lock screen should look plenty familiar.

The iOS 16 Lock Screen has original features, too, including a multilayered effect with compatible photos. Powerful object-recognition capabilities let the system identify and isolate a photograph’s subject. As a result, subjects (like, say, your cat) are dynamically positioned in front of the time, creating a cool layer of depth. Unfortunately, it has somewhat limited functionality, so it won’t work if you also have widgets under the clock. It’s important to find the right image size and angle, since the subject needs to be large enough to take up a prominent space on the screen, but not so much that it obscures the time display. It takes some finagling, but when it works, the added image depth is a great-looking flourish.

You don’t need to fuss over this too much, however. You can select from a premade Lock Screen image from an Apple-designed gallery that nicely leverages this layering functionality. The gallery options include emoji-laden wallpapers, a vast color palette of backgrounds, dynamic astronomy images, and even cultural themes (such as Pride). A personal favorite is the simple Weather Lock Screen that dynamically changes throughout the day to reflect the time and weather in a given area. You can customize numerous Lock Screens, and swap between them with a simple swipe, much like Faces on an Apple Watch.

You can also personalize the widgets that appear under the clock to include calendar events, weather, alarms, stocks, news, and other useful information. Or, if you wish to soak in the beauty of the layered wallpaper, you can opt not to add any at all. You can customize notifications in Settings to display as a list, count, or stack. In a nice touch, notifications roll up from the bottom of the screen, taking up much less space than they do in iOS 15. The new Live Activity, a feature that keeps you on top of real-time events, has notifications that appear there, too. So if you’re listening to music or waiting for an Uber Eats delivery, for instance, you’ll receive updates at the bottom of the screen.

The Lock Screen taps your iPhone’s Focus tool. Focus, which debuted in iOS 15, is a specialized set of parameters that silences calls and notifications based on your specifications. These include activities like Driving, Fitness, Gaming, Reading, Sleep, and Work. You can customize them to display notifications however you wish, and with their own custom Lock Screen. Overall, the system feels tighter, but with more customization freedom. You can easily sink hours of time creating various Lock Screen looks.

Apple’s Messages platform gets new functionality with iOS 16, bringing it in line with what Facebook Messenger offers. You now have a 15-minute window to edit a sent message, and you can make up to five edits per message. This is a godsend for folks who hate seeing spelling errors in text messages. Note, however, that you and your recipient both get an alert stating that the message was modified, and the edit history can be viewed by both parties.

In addition, you can undo a sent message within two minutes of sending it. And much like editing messages, both you and the recipient receive a notification stating that a message was unsent. As expected, this only works within the Apple ecosystem: Android users don’t see the changes you make to your messages. In fact, Android lacks the ability to edit or unsend messages.

Another useful feature is the ability to mark messages as unread. Tap and hold a message thread to select this option. This is perfect for moments when you can’t immediately respond to someone, but want to make sure to reply when you’re free. This is a user-side mark, so the sender still knows that you received and read the message.

Live Text and Visual Look Up Are Magic

Live Text isn’t a new feature, but it’s an extremely convenient and impressive function. With this tool, you can copy text in images or photos, and paste them wherever you want. In iOS 16, this feature now works with video. If you pause a video that has a frame with text in it, you can long-press the text and lift it from the video.

Even better, Apple has expanded this tech to identify subjects within a photo. Called Visual Look Up, this feature is best used with photos or images with a clear subject and background. At its most basic, you can copy the subject (a silly cat picture, for example) and paste it in the same way as you do text. In our tests, iOS 16 does a surprisingly good job of capturing the object, and cleaning up background noise. It’s functionally similar to Photoshop’s subject selection, except it comes baked right into Apple’s Photos app.

But Visual Look Up is more than just a neat photo-editing trick. As the name implies, the AI identifies the photograph’s subject, utilizing your iPhone’s internet connectivity and Siri’s exhaustive knowledge base to provide you with information about it. Visual Look Up works best with landmarks and monuments, art, pets, and plants. In practice, the feature is shockingly fun to use. Check out our hands-on with Live Text and Visual Look Up for more information about those tools.

Turn Your iPhone Into a Webcam With macOS Ventura

Smartphone cameras have become extraordinarily powerful in recent years, letting you take superb photographs and high-quality video with ease. Unfortunately, the rinky-dink webcam built into your laptop cannot come close to competing with your handset. So, why not just use your iPhone as your webcam instead? Enter Continuity Camera.

To use Continuity Camera, you need an iPhone with iOS 16, as well as a Macbook running the upcoming macOS Ventura (which is still in beta). You can clip your iPhone to a stand, have it wirelessly connect to your Macbook, and let the software utility to your iPhone’s camera. This is a fantastic option if you work from home. With Continuity Camera, you can use Center Stage to keep yourself in the frame as you move around the room; Portrait Mode to blur the background, and Studio Light to dim the background and highlight your face.

A particularly unique feature is Desk View. By using the iPhone’s ultra-wide camera while it’s mounted on your laptop, you can split the video feed to show your face, as well as whatever is on the desk in front of your laptop. There are many situations where this may be useful, such as video game streaming. For example, you may want the camera pointing at your face as you speak, or your hands as you demonstrate controller or arcade stick inputs. You can read our early impressions of this potentially cool webcam feature in our macOS Ventura preview.

Although iOS 16 is available right now, macOS Ventura is still in beta, and has not been officially released. We will run more tests and update this review accordingly when macOS Ventura goes live next month, so please stay tuned for fresh impressions.

New privacy features are constantly introduced to iOS 16 to keep you safe as technology moves towards a more unified, always-connected infrastructure. Safety Check is one such feature, and it acts as an emergency reset when you find yourself in danger.

We hope you’re never in a situation where you need to avoid the people you’ve connected with. That said, Safety Check lets you immediately reset access for all people across all apps, change your Apple ID password, and review your emergency contacts. Thankfully, Apple doesn’t notify anyone that you’ve stopped sharing with, for added personal security. Visit Apple’s Safety Check: How to Lock Down Your iPhone From Abusive Partners for a deep dive into this new feature.

There are many small changes within iOS 16 that greatly improve the user experience, and they’re too numerous to list here. Depending on your preferences, these changes can range from minimal to absolute game changers. Here are some examples:

Now that Apple’s weeks-long iOS 16 beta has ended, everyone with a compatible iPhone can download and enjoy the operating system’s new features. The software update doesn’t shake things up too radically, but the cool Lock Screen additions, impressive Photos app functionality, and security enhancements expand the kit to make iPhones more convenient, safe, and fun, earning it our Editors’ Choice award in the process. The operating system will undoubtedly receive further refinements, but the current build is so polished and stable that we recommend downloading it to your compatible iPhone right now.

Head down to our comment section and share what you’re most enjoying about iOS 16. For more on Apple software, check out Hands On With Apple’s WatchOS 9 Beta: New Fitness Features Stand Out, as well as our iPad OS 16 and macOS Ventura beta previews.