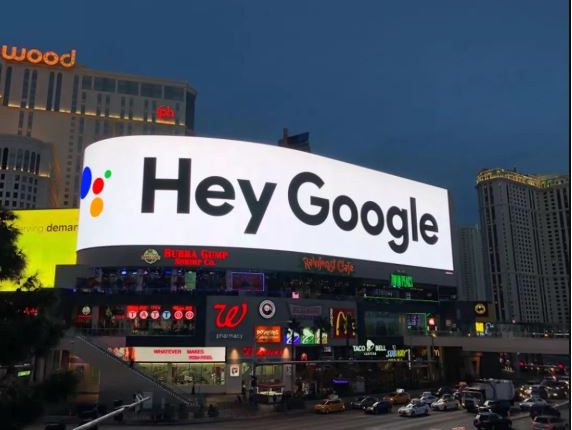 The world’s largest tech conference has become a crucial battleground for Google Assistant in its war against Amazon and other rivals.

You won’t have to search hard for Google at the Consumer Electronics Show next month. You never do.

A year ago at CES, the world’s largest tech conference, Google went big. The search giant built an elaborate fun house dedicated to Google Assistant, its digital helper that competes with Amazon’s Alexa and Apple’sSiri. The two-story pop-up included a theme park ride a la “It’s a Small World” that had riders use Google’s software to help a frenzied dad get through a day of errands.

The search giant plastered the words “Hey Google” — the trigger phrase for Assistant — all over Las Vegas, where the trade show takes place. The phrase appeared above one of the main entrances of the city’s convention center, as if Google had the naming rights to the building. (It didn’t.) The company also turned the city’s monorail into moving billboards and hired an army of human “Google Assistants,” dressed in all-white, to roam the show floor.

Google is likely to take over Sin City again when CES 2020 kicks off in the second week of January, a pretty remarkable feat when you consider it’s arguably the world capital of sensory overload. The tech show has grown in importance to Google, which is trying to sell more consumer devices that compete against the likes of Amazon, Apple and Samsung. As it tries to reach those consumers, the search giant is pouring marketing dollars into its promotions, just like every other tech company.

“We’ve spent a lot of energy over the last couple of years really getting the Assistant out,” Scott Huffman, who leads engineering for Google Assistant, told me at CES 2019. A digital assistant, he noted, isn’t very helpful if you don’t know it’s there.

Google is taking on all comers in the digital assistant space. But the grudge match that’s developed between Google and Amazon has become a focal point of CES. Amazon takes a low-key approach compared to Google. But look around the massive show and you’ll be hard-pressed to find a device that doesn’t have a “Works with Alexa” label every few feet.

The stakes are higher than ever for Google. It had been slowly catching up to Amazon in the smart speaker market until this year, when Google’s growth bombed. The company’s share of the market shrank to 12% from roughly 30%, while Amazon grew to 37% from about 32%, according to Canalys. Chinese companies Alibaba and Baidu emerged as new threats, with each overtaking Google.

“Amazon had a head start and hasn’t let up,” said Avi Greengart, lead analyst at Techsponential. “Google needs to show its own momentum.”

The search giant made a good case for why its software could outsmart rivals at the last CES. The company announced a new interpreter mode that could translate conversations in real time, a feature that leans into Google’s formidable machine learning and engineering chops. Earlier this month, Google brought the feature to smartphones. None of the competing digital assistants have features that are as ambitious.

Google has made huge investments in consumer devices. At an event in October, Google released the fourth generation of its flagship Pixel phone that comes with a top-of-the-line camera and radar tech for gesture controls. The company also debuted new mesh routers and smart speakers. And last month, Google announced the $2.1 billion acquisition of Fitbit, the fitness tracker pioneer.

For the most part, Google has made that hardware push to serve one end: Spread Assistant far and wide. At the October event, executives talked up the idea of “ambient computing,” an always-on, always-connected vision of the future that puts Google’s services all around you. Assistant is the centerpiece of that strategy, an extension of Google’s iconic search engine.

“Whether it’s on computers, phones or smart speakers,” Greengart said, “wherever a search starts, Google wants to be a part of it.”