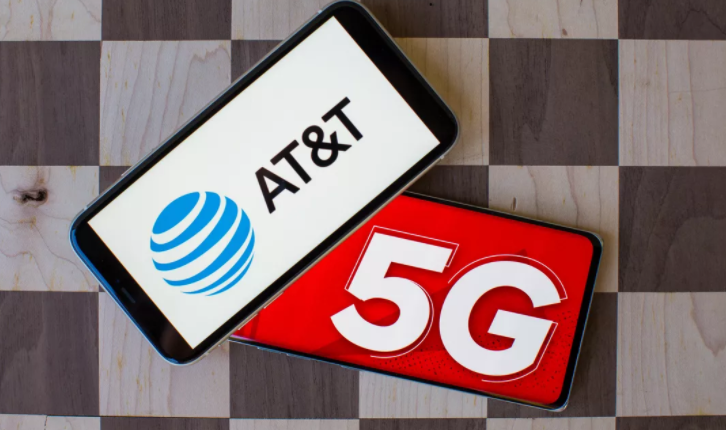 5G improvements are coming, though AT&T’s deployment won’t be as quick as some of its rivals.

AT&T’s 5G network will start getting a boost later this year with the addition of some of its new wireless spectrum. At its analyst event on Friday, the carrier detailed its $27.4 billion purchase of additional midband airwaves in the recent record-breaking FCC auction.

Known as C-band, the midband spectrum has been viewed by the wireless industry as a key technology for offering faster 5G performance than existing, wider-ranging low-band networks while covering larger areas than faster millimeter-wave 5G.

At its own analyst event on Wednesday, Verizon said that this new spectrum will allow it to offer peak download speeds of 1 gigabit per second. The nation’s largest carrier, which spent the most on C-band, also plans to more aggressively roll out the spectrum later this year and said that it plans to cover 100 million people by next March.

AT&T did not make any speed promises during its presentation on Friday and didn’t say if users will need to have particular unlimited plans to access the new flavor of 5G.

In a press release following the event, the carrier announced that it will be expanding 5G access to all of its consumer unlimited plans later this month. The company previously limited 5G only to those with its most recent Starter, Extra and Elite unlimited offerings.

Chris Sambar, AT&T’s executive vice president of technology operations, tells CNET that — like Verizon — AT&T’s iPhone 12 and Galaxy S21 devices already include support for the C-band network, as will the Netgear Nighthawk 5G Mobile Hotspot Pro. Other 5G phones that the carrier will sell in the future will similarly work with the new spectrum.

Unlike Verizon, AT&T’s version of the Google Pixel 5 will work with its version of C-band, the carrier tells CNET. In a statement, a spokeswoman says that when it comes to current AT&T users who have 5G devices on its network “more than 70% of these are on C-band capable devices.”

The news comes on the third day of US carrier analyst events following the FCC auction. On Thursday T-Mobile provided an update on the state of its business detailing its 5G improvements and migration of Sprint users onto T-Mobile plans, and further teasing the impending launch of its Home Internet broadband service.

AT&T’s Sambar says that, like its rivals, the wireless carrier will be launching its own wireless home broadband offering for consumers later this year. While he wouldn’t go into details, he did say that it will use a combination of its existing 4G LTE and 5G spectrum as well as its newly acquired C-band holdings.

In addition to the wireless news, AT&T announced on Friday that it will be expanding its home broadband footprint with the addition of 3 million new fiber locations across “more than 90 metro areas,” with potentially another 4 million next year. It also revealed that a cheaper, ad-supported version of HBO Max will arrive in the US in June, alongside an international expansion of its streaming service.