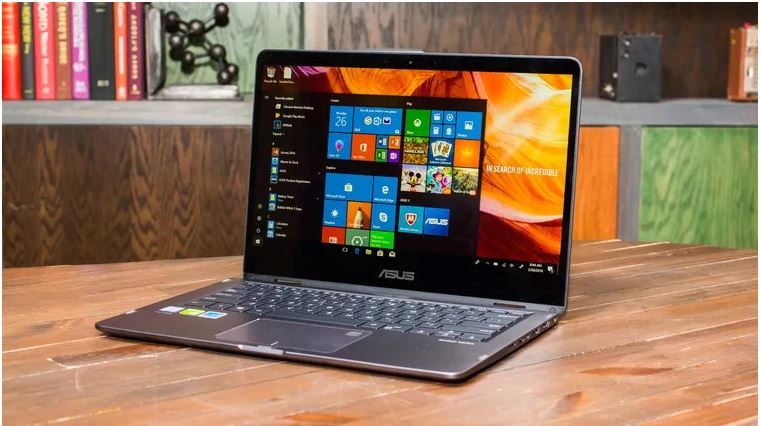 Whether you want something that’s more tablet than laptop or more laptop than tablet, there’s one here to meet your needs and budget.

Two-in-ones — also known as convertible laptops — continue to grow in popularity, and PC makers are meeting the demand with a growing number of models at different specs, sizes and prices. Premium models offer the best functionality in the lightest, smallest bodies and with powerful battery life to get you through a long flight or a full day of work. You just have to be willing to pay for it, with prices typically starting around $1,000. However, the feature gap between these and mainstream two-in-ones from Dell, HP, Lenovo and others is now much smaller, with some starting at less than $500.

While most of the best two-in-one laptops are convertible laptops — those with 360-degree hinges where the keyboard rotates around to the back of the display — there are two-in-ones with a detachable keyboard here, too. These are more tablet PC than laptop and have a removable keyboard that may or may not be included.

And if you’re only thinking of it as a tablet and a laptop, here are five other uses for a two-in-one device or convertible laptop that you might not have considered. We’ll update this list as we review new products.

HP’s fourth-gen X360 13 impressed us with its performance, battery life and classy design. For its fifth-gen version, HP kept everything we liked about the last one and tweaked the design to eliminate almost all of the top and bottom bezels around the display, shrinking the overall footprint. Add in its 10th-gen Intel Core I processor with 8GB of RAM noticeably boosting its performance, as well as a 256GB solid-state drive and a handful of new helpful and handy features, there’s little not to like about the 13.3-inch Spectre x360. Read our HP Spectre x360 13 (late 2019) review.

If for some reason the HP Spectre x360 doesn’t meet your needs, consider the newest XPS two-in-one, which ranks a close second to the Spectre. Like the HP, Dell trimmed every last bit of chassis that it could so that the 13.4-inch convertible is basically a screen, keyboard and touchpad. The 10th-gen Intel Core i7 processor and Iris Pro graphics I tested outperformed its eighth- and ninth-gen counterparts while still getting more than 10 hours of battery life, which definitely qualifies it for one of the best two-in-one laptops.

The Spectre comes out ahead based on a handful of extra features and options, and a debatably better keyboard. Read our Dell XPS 13 2-in-1 7390 review.

Microsoft still makes the best tablet PC on the market. The latest Surface Pro doesn’t make any radical design changes from its predecessor, but a good performance jump with Intel’s 10th-gen processors and better battery life make this detachable laptop a more viable mainstream laptop replacement. The Surface Pro’s sleek detachable keyboard cover and stylus still cost you extra, but there’s usually some good bundle pricing available, especially around the holiday shopping season. Plus, the Surface Pro 6 will remain available and was our top pick before the Pro 7 arrived. Read more about the Microsoft Surface Pro 7.

Regularly available for less than $750, this thin, 3-pound convertible is a solid choice for anyone who needs a laptop for office or schoolwork. The all-metal chassis gives it a premium look and feel and it has a comfortable keyboard and responsive, smooth precision touchpad. Though it’s light on extra features compared to its premium linemate, the C940, it does have one of Lenovo’s sliding shutters for its webcam that gives you privacy when you want it. And it has a long battery life to boot. Read our Lenovo Yoga C740 (14-inch) review.

Two-in-one designs typically weigh more than their clamshell counterparts, but LG kept the lightweight Gram to only 2.5 pounds (1.1 kg). By comparison, 2018’s LG Gram 15 laptop is also 2.5 pounds, while the 14-inch Lenovo Yoga C930 two-in-one is a touch more than 3 pounds. Samsung’s redesigned Notebook 9 Pro two-in-one falls in between the LG and Lenovo at 2.8 pounds.

Battery life is another big advantage of the Gram 14 2-in-1, giving it a leg up in our list of the best two-in-one laptops. On our video streaming test, this convertible laptop ran for 12 hours, 35 minutes. Read our LG Gram 2-in-1 14 review.

Best ultraportable 2-in-1 with discrete graphics

Ultraportables typically have integrated graphics processors that are a bit more power efficient, run cooler and cost less than a standalone discrete graphics processor. They also eat into your system memory and storage space and can’t handle more demanding graphics tasks such as photo and video editing or gaming.

Asus somehow got an entry-level Nvidia GeForce MX150 into the Flip 14’s slim body. It’s not a full-fledged gaming laptop or a graphics workstation, but games are smoother and faster, and it can make quicker speed of tasks users wouldn’t even consider doing on other thin-and-light convertible laptops. It also has excellent battery life, several USB ports, a backlit keyboard and other creature comforts you don’t necessarily find in this type of device. And we didn’t even mention the excellent battery life. Read our Asus ZenBook Flip 14 review.

Despite its age, this is still a top-notch Chromebook for the money. The sleek 12.3-inch screen is a good screen size for everything from watching videos to apps to browsing websites to playing games. And it has a garaged Samsung S Pen for drawing and writing on the touchscreen. Read our Samsung Chromebook Plus (V2) review.

This detachable two-in-one Chromebook tablet is thin and lightweight with peppy performance, and comes with a pen and keyboard cover — something its competition can’t claim. Battery life is acceptable but integrated storage is limited. Read our HP Chromebook x2 review.

Although 13.3- and 14-inch models are typically what you’ll find for two-in-ones, there are a handful of bigger models like Dell’s excellent XPS 15 2-in-1. Its size is the smallest and thinnest in the category, with powerful performance from its hybrid Intel/AMD processor. It’s not cheap and it’s not exactly light at 4.4 pounds, but if you want a big, color-accurate, pen-enabled display for graphics work, get this Dell. (At least until we finish our review of the OLED version of the HP Spectre x360 15.) Read our Dell XPS 15 2-in-1 (2018) review.

Best detachable 2-in-1 for creatives

The pen-enabled detachable delivers accurate color and smooth sketching with workstation credibility. It’s powerful for its size, relatively full-featured, and the detachable keyboard with Bluetooth is comfortable for typing in either mode. Read our HP ZBook x2 review.

With a 4K UHD 15.6-inch touchscreen display, solid components and a sturdy, tasteful aluminum chassis, you’re not missing out on anything by going with the C630 — except maybe the higher price of a Windows system. This Chromebook keeps webpages loading fast and apps zipping along. Read our Lenovo Yoga Chromebook C630 review.